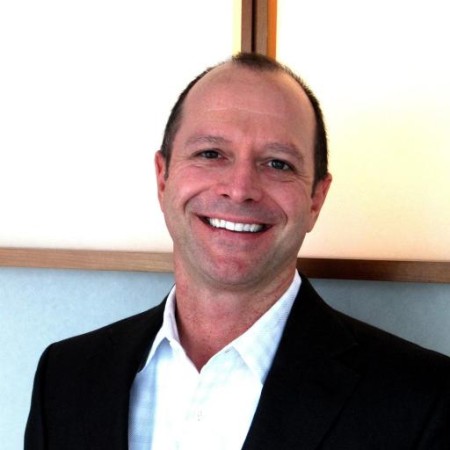 From once a small spin-off conference to one of the world’s most talked about events, SXSW Interactive 2015 kicks off this week (March 13-17) in Austin, Texas. Whether you’re a 2015 conference attendee or tracking the action via social media, you can truly tailor your experience depending on your vantage point.

As it’s my fourth time attending, I always tell new attendees to be prepared for full sensory overload! Be open to serendipity and have a willingness to explore the unknown throughout every minute of the conference (click to tweet).

This year, SXSW Interactive includes more than 800 total sessions as well as dozens of competitions, exhibits, and networking events. This scale of programming means that identifying big-picture trends can be challenging. We’ll be reporting on all that is happening at SXSW on our blog.

In planning my trip, I find it helpful to review the trends SXSW believes will garner the most attention and spark the liveliest social conversations.

1) The startup economy continues to grow. This continued growth has led SXSW to double the amount of space devoted to startup-related content in 2015 as compared to what was offered in 2014.

2) International participation at SXSW Interactive is also seeing a sharp increase. Much of this international growth comes within the SXSW Startup Village, which more so than ever before reflects the global entrepreneurial movement.

3) From self-driving cars and alternatively-fueled vehicles to automobiles that can achieve flight and revolutionary ride-sharing programs, the transportation sector is undergoing dramatic changes — and these changes are well-represented in SXSW 2015 programming.

4) Closely related to these changes in transportation is the evolving landscape of delivery. More consumers want to be able to get products faster, and the market is quickly adapting to these needs.

5) Robots are gaining more traction and becoming more family friendly. Registrants can playfully interact with the machines that will be the backbone of an automated future at the three-day Robot Petting Zoo.

6) Social media has always been a big part of SXSW Interactive. In 2015, we will delve a little deeper into the dark side of this medium (ranging from the menace of cyber-bullying to the social media skills of terrorist organizations).

7) We are closer with every click or tap to a future where all objects are connected via the Internet of Things. More than 70 sessions make some mention of this term.

8) More and more geek innovation is making its way into the healthcare industry. Building on the success of last year’s keynote speech from Anne Wocicki of 23andme, 2015 sees the launch of the inaugural SX Health and MedTech Expo.

9) Millennials want many things — including more meaning in their lives. The rebranded SXgood umbrella of programming is a place where tech entrepreneurs, content creators and non-profits can brainstorm new solutions for a better tomorrow.

10) The barriers that have traditionally separated creative in the music, film and interactive industries are increasingly obsolete. Be sure to check out the expanded selection of Convergence programming at SXSW 2015.

Conference goers can also expect great things from speakers like Walter Isaacson, head of the Aspen Institute. Other influential business authors like Daniel Pink and Malcolm Gladwell are expected to make waves with their visions for what’s next in the tech community.

And finally, some of the must-see programming tracks include that SXSW folks recommend:

ReleaseIt: More than 100 companies submitted their new product or service launching this spring to be part of the second year of the ReleaseIt at SXSW. Finalists will be showcasing their products and services on Friday, March 13 at the Hilton Downtown Austin.

SouthBites: This originally began as a pop-up food trailer park on Rainey Street and has grown into a full line of programming focused on food-industry innovations, including chef David Chang of New York’s Momofuku empire and Travel Channel’s Andrew Zimmern.

SXSPORTS: In its second year, this track explores the convergence of entertainment, technology, and human performance. Sessions will cover hot-button issues such as traumatic brain injuries, performance-enhancing drugs and the use of big data on the playing field. Expect to see star power including Charles Barkley, Bob Bowman of Major League Baseball’s Advanced Media group and Jason Gay of The Wall Street Journal.

SXSTYLE: As trends like wearable technology and three-dimensional printing are becoming mainstream, more fashion insiders have been coming to SXSW, inspiring the newest addition to the line-up: a packed track focused on design disruptors. Highlights will include Jennifer Hyman of Rent the Runway, Deena Varshavskaya of the social-media shopping phenomenon Wanelo, and Intel’s Genevieve Bell, a celebrated social scientist who studies consumer behavior as it relates to technology.

Did I miss anything? Feel free to share what you’re looking forward to this year in the comments section below.