For many years I identified as Hispanic, and, as I got older and more informed, I navigated toward now identifying as Latina. My reasons for changing how I identify are part political—regarding the origins of how the term Hispanic came about—and part personal: I am from Latin America—specifically Peru—and found that calling myself Latina gave me a sense of pride and allowed me to own my identity vs. having it put upon me by the system. What I call myself is meaningful to me, but there are different ways people in my community, my friends and my family choose to identify. Some call themselves Hispanic, Latinx, Afro-Latino, Afro-Caribbean, Caribbean, Afro-Cuban, Mexican American, Boricua, Nuyorican, Chicano/a, or Indigenous. We are a diverse people, with a rich history and culture, and how we identify is more than a definition—it’s a combination of heritage, origin, country and culture.

This week marks the beginning of Hispanic Heritage Month—or, as it is becoming more commonly known as Latinx Heritage Month—which lasts until October 15. In observance of the occasion, we wanted to acknowledge that some who are not from this community may not understand the differences between some of the most common terms used. Here are some useful explanations to help you understand why someone may identify as Hispanic, Latino(a), Latinx or Spanish.

Hispanic refers to someone who speaks the Spanish language. Hispanics are people from or with ancestors from Spain, Mexico, Central America and South America. Brazilians are not considered Hispanic, however, because they speak Portuguese.

Latino(a) refers to the geographic origin of someone. Latinos are from or have ancestors from Latin America which includes Mexico, Central America and South America. In this case, Brazilians are considered Latino, but people from Spain are not.

Latinx is a gender-neutral neologism, sometimes used instead of Latino or Latina to refer to people of Latin American cultural or racial identity in the United States.

Spanish refers to a language or someone from Spain.

It gets more complicated when you consider that the root word for “Hispanic” is “Hispania,” the Roman name for the Iberian Peninsula. Because the Iberian Peninsula also contained Portugal, one could argue that people of Portuguese-speaking descent—like Brazilians—are also Hispanic. But commonly considered, Brazilians are Latino but not Hispanic, while people from Spain are Hispanic but not Latino. 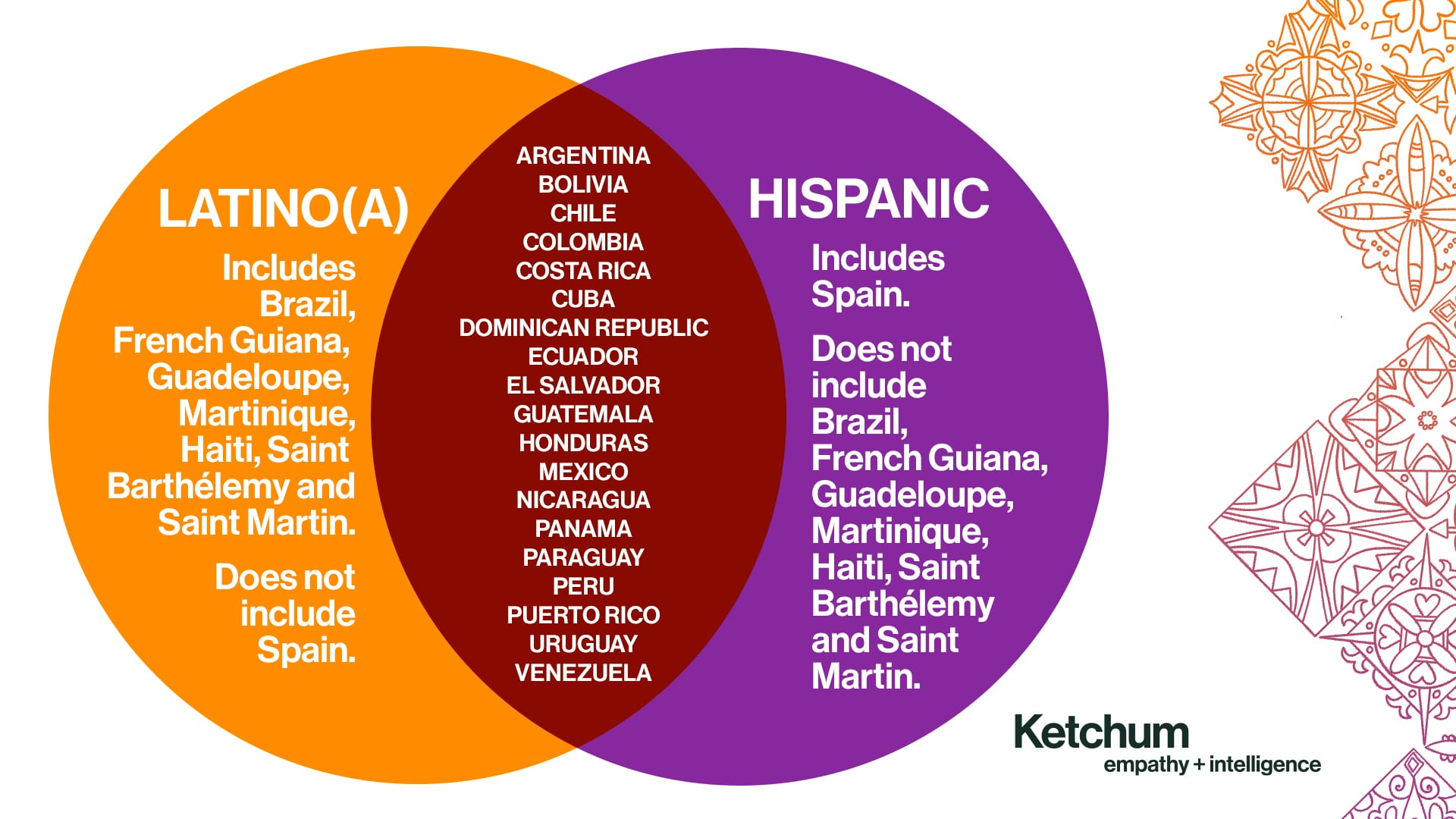 It’s okay to ask how someone prefers to be identified; never assume! And as always, continue to educate yourself—learning more about each other’s cultures will only help to break down barriers and misunderstandings and will hopefully bring us together as world community. When applying and interviewing for Ketchum’s Summer Fellows Program, I was curious about the title “fellow.” After completing eight out of the 10 weeks of the program, the origin of the name is clear. A fellow can be defined as a person in the same position, involved in the same activity, or otherwise associated with […]