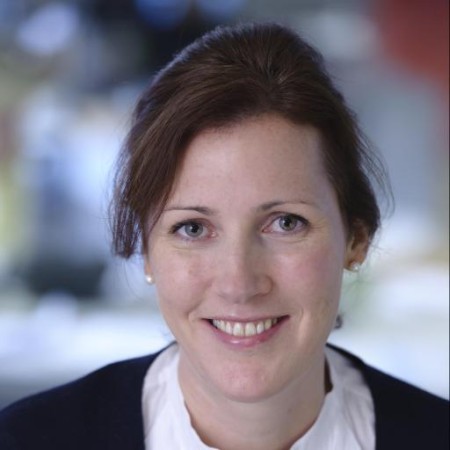 At a time when studies reveal trust and confidence in leadership to be in crisis  – and with Trust and Reputation so inextricably linked – many would be forgiven for thinking that we are entering the golden age of reputation management. And they would be absolutely right.

Stakeholder perceptions of company behaviour are now proven to have a real impact on business value. In 2011, 283 of the S&P500 companies disclosed reputation risk to be material – and that is up from only 40 three years ago.  In the finance industry, where traditional evaluation is based on profit and market share, one investment bank has publicly stated that reputation will be one of the nine criteria that the CEO’s performance will be judged upon for his remuneration package—effectively putting a stake in the ground for the importance of reputation.

But there is still a long way to go.  Research conducted by the Reputation Institute found that of the  88 senior executive-level respondents surveyed in the UK,  97% believe we live in a reputation economy, yet only 38% believe they are well placed to take advantage of this. And, despite reputation impact being recognised, 93% of respondents have not yet embedded reputation management into their organisations.

Add to that, a healthy dose of scepticism about the very practice of reputation measurement and management is expressed by Schumpeter’s column in the Economist. In a nutshell, the column argues that it is wrong for companies to aim to influence their reputation – or even regard it as a corporate asset.

From Ketchum’s perspective, there is unequivocal proof that people want to do business with, invest in and work for companies they trust and, if they trust a company enough will continue to support them even when mistakes are made. However, it would be foolish to ignore the objections to reputation management raised by the column. After all, the Economist is read by senior executives – an audience that are apparently reputation virgins if the findings of the research mentioned above is to be believed.

And last but not least, although high profile scandals such as News International and phone hacking, highlight the importance of reputation, they also create paradoxes in the eyes of the general public that the reputation management community needs to be mindful of.  News International is a pertinent example for instance of how the very act of trying to protect and manage (or some may argue massage) corporate reputations is often the thing that shatters them.

So what can companies do to ensure that reputation measurement and reputation management become a business critical function?

1.     Continue to build the business case for reputation management

Great progress has been made in quantifying the positive business impact of taking a systematic approach to measuring and managing reputational risk and opportunity. And from hearing representatives from two of the top three companies in the Reputation Institute’s 2012 UK RepTrack™ 100 – namely Alliance Boots and Rolls-Royce – speak at the event to launch the results, it is evident that both companies take a proactive and long-term approach to managing their reputations and have built strong business cases for continued investment in this area by their Boards. This is essential if stakeholder support is to be realised and other companies should look to learn from those leading the way.

2.     Change the conversation about reputation management

We need to encourage more CEOs and their senior management teams to talk publically about how effective reputation management practices have enabled their organisations to make business decisions that build and protect reputational capital and drive competitive advantage, ultimately supporting business vision and strategy. And we need them to reinforce that it’s not just about using different words…it’s about taking different actions and fundamentally changing behaviours. That is how stakeholder support is realised.

Reputation is largely based on perceptions that stakeholders have of a particular company’s performance and behaviour over a certain period of time, including expectations for future endeavours and initiatives. However, many organisations still take a short-term view to managing their reputations and this has resulted in reputation management being been associated with managing and mitigating risks – and quite frankly with ‘spin’. Those of us in the business of reputation – from corporate communications advisors to legal experts and risk management consultants – need to change this by talking more about ongoing efforts to build positive reputations and ensuring organisations are viewed as a force for good.

Suzanne Sinden is a Director with the Corporate & Public Affairs Practice at Ketchum Pleon London. Suzanne works with global brands to build and deliver programmes and campaigns aimed at strengthening and protecting their leadership positions and support key strategic and commercial objectives. She is one of Ketchum’s merry band of cycling commuters – a number of which are taking part in the September London Bikeathon to raise money for Leukemia & Lymphoma Research. If you would like to join the team, Suzanne would love to hear from you. Otherwise, please pledge your support by visiting https://www.justgiving.com/friendsofketchum The murder of George Floyd while in police custody reignited attention on a social justice movement that could no longer be ignored by many in corporate America. Over the last year, we’ve seen many organizations respond to the call for racial equity and justice in a variety of ways—from the formation of cross-functional committees to […]