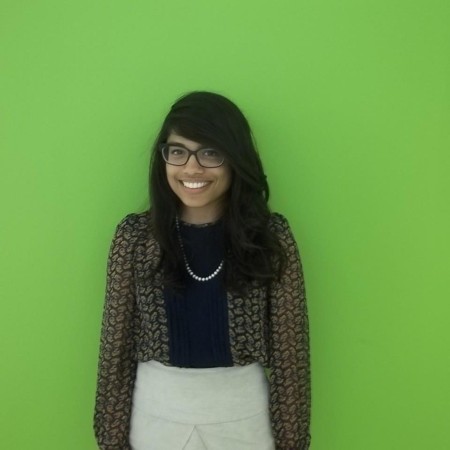 Facebook turned the ripe old age of 10 earlier this month. The birthday celebrations included creating a news-reader app, Paper, and trawling through photos of its 1.23 billion users to send them (overly) nostalgic videos of their Facebook lives so far.

It’s hard to remember a time when the concepts of poking and liking referred purely to actual physical and emotional reactions. Indeed, 10 years is quite long in the social media world; 10 seconds is the next big thing. Perhaps this is why Snapchat, one of the newest kids on the block – and on which images linger for all of 10 seconds – denied Mark Zuckerberg an early birthday present by rejecting his $3 billion acquisition offer (just as well WhatsApp was kind enough to humour him for the tender sum of $19 billion).

Once upon a time, Facebook and its uncle, Myspace, used to rule the social roost. Fast forward a decade, and their descendants are starting to show their mettle. These new – and not-so new – recruits include LinkedIn, Google+, Pinterest, Vine, Instagram, Snapchat, tumblr., and Jelly. As PR professional and brands increasingly realise the potential of going social, are these new social media networks all great opportunities for shared media, or is it a case of leaving it to the kids?

These new social media networks do bring benefits for brands and PR professionals, insofar as they diversify expression, and have created multiple content channels in which to engage with target audiences. Each network brings different benefits to be exploited in different ways. Monogamy is not so much of an issue in terms with social media; whilst consumers are often loyal to one specific newspaper, it is rare that you’ll find a Twitter user who is vehemently opposed to using Vine (not least because they’re owned by the same people).

Yet, simultaneously, this diversification also disperses and divides the audience, making brands’ communications strategy more complex, too. PR professionals now need to go the extra mile (or three) in order to ensure that they are reaching target audiences across different platforms – for instance, by catering for professional needs on LinkedIn, as well as engaging on more consumer-focussed networks, like Pinterest.

Whilst these new social media networks do make it harder to reach all potential target audiences with the same brushstroke, PR professionals should nonetheless think twice before aimlessly flinging out content across all these channels.

• Any social media marketing needs to be relevant. In the always-on era, brands who manage pertinent engagement may be lauded as champions, whilst those who don’t can end up sounding inappropriate or just plain odd. Well-delivered, responsive and on brand content deftly planned to react to popular events like the Super Bowl – that annual hit parade of advertising might (apparently it is also billed as a sports event) – can give brands vital social brownie points. However, especially when using apps like Snapchat, companies need to ensure that their content is pertinent and ties in with the brand’s identity, otherwise they risk issuing non-sequiturs that feel contrived, clumsy and like an embarrassing example of trying to get down with the kids.

• A sense of purpose needs to guide digital customer engagement. There is no point using social networks for the sake of it. The new Q&A photo app, Jelly, is currently provoking intrigue, partly because it takes its name from a gelatinous dessert, partly because it combines features of that nineties favourite, Ask Jeeves (which failed when it turned out that Jeeves wasn’t as omniscient as we’d have liked), with Quora and Instagram – but mostly because it was created by Twitter co-founder, Biz Stone. It is fascinating to observe how brands are engaging with this new form of crowdsourcing, which could potentially help to understand target audiences better, and even to explore commercial possibilities (for instance, if you’re a food brand, by crowdsourcing choices for a new flavour). However, whilst crowdsourcing answers might work well for one company, it could have disastrous implications for others. Brands should also avoid posting questions that sound self-serving and should steer clear of answering their own questions (a sin marginally more heinous than the rhetorical question).

• The choice of social network should also be data-driven; PR professionals need to ensure that a brand’s digital presence follows where their target audience is. For instance, luxury car or furniture companies should question how many potential buyers are on Snapchat, a network mostly used by 13-22-year-olds. Whilst there is no doubt that children influence their parents’ purchase decision, this is less the case for such investment purchases where there is an element of financial risk.

• Brands also need to ensure that their tone of voice is authentic. Rather than being a forum for shameless plugging, Pinterest pages work best when they curate images from around the Web that reflect the brand’s image. Content needs to create a real-time dialogue between the brand and its target audience, and needs to give them something that they will not only want to receive, but will then want to share. In this respect, it will be interesting to see how television soap, Hollyoaks, fares with its new campaign posting episode teasers on Snapchat Stories.

At the same time, to keep up with the Millennial generation of social media networks (and not just by buying them out), the old hands of the game are adding new features which may prove more interesting to the communications industry. Far from a resource just to check out when you’re hunting for a job, LinkedIn is increasingly seeking to portray itself as the ultimate professional publishing tool – first through the introduction of Showcase Pages, and now by granting access to its publication platform to all users. And then there’s the small matter of Google+, which still seems to be biding its time at the moment – or, if you prefer the astute observational skills of the New York Times, is “a ghost town.” However, as Google integrates Google+ across all of its products, there is no doubt that marketers need to understand Google+ in order to understand its master (not least for SEO reasons).

Ultimately, to be successful, social media just has to trigger a conversation, and create an intellectual and emotional relationship, between brand and buyer. Perhaps the new social media networks can be seen as a dish party that can either morph into a convivial banquet, can descend into a vicious food fight if the other guests don’t like your food – or, perhaps even worse, the guests may just ignore you if you seem out of place, and wonder why you and your seventies revival trifle even came.