How Documentary Storytelling Sparks Passion, Participation and the Realization of Big Ideas 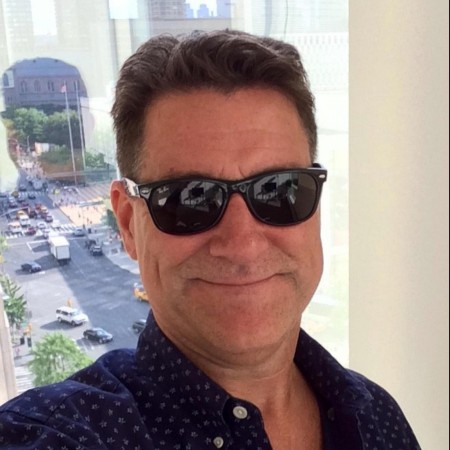 “Storytelling”… the buzzword du jour in marketing. But what does it actually mean in this modern social media landscape?

We know that brands want to share their messaging and be noticed by “telling their story.” We also know there is a lot of clutter on many digital platforms – from traditional advertising and influencer to social and gaming – and audiences are more discerning of stories they care about. So how can brands advance a shared passion, participation and the realization of big ideas? What can we do as content producers to bring those ideas to life?

The answer lies in one word… VIDEO. Research tells us that 60 percent of online consumers will watch a video before reading text, and video has the highest click-through rate of any form of digital advertising. Video grabs us, touches us, inspires us. And – most importantly – video content is shared across social channels more often than links and text combined.

OK, you get it. Video works. But what may surprise you is that you can leverage the power of video in an unexpected way… DOCUMENTARIES. Brands now have the power to produce award-winning documentary films or long-form content that shares a compelling story directly with the customer in a way that lifts the brand, produces organic social sharing and inspires a clear call to action.

And, when done well, they can do much more than promote a brand. They can change the world. Here’s an example: “The Patients Are Waiting” from The Suzanne Wright Foundation and Ketchum prompts an important discussion on how to solve some of our greatest healthcare challenges. By asking simple questions – like “what if?” and “why not now?” – the viewer is compelled to act. Equal part catalyst and community builder, this documentary brings new meaning to the term “change agent.” See for yourself…

“This documentary has been instrumental in driving our mission to create HARPA. Through expert storytelling, the creative team at Ketchum brought to life the personal stories of patients in crisis while making the urgent, promising case for medical innovation. Through the film, we have mobilized public policy officials, the medical research community, biotech leaders and patient advocacy groups. Our partnership with Ketchum is – literally – changing lives.”

As “The Patients Are Waiting” reveals, documentary-style content is an effective way of aligning a brand with its mission and values. And that can’t always be delivered in short-form 30- or 60-second spots, especially for complex or multifaceted topics. A documentary allows for a deeper dive that explores a brand’s history, passion and future. That same half-hour documentary can also supply dozens of short clips and quotes for social posting, all of them on-message and part of a larger narrative.

Recently, a client told us they were leaning toward a short-form 90-second commercial piece designed to provoke and inspire. Fine – but why not, we suggested, develop a longer-form documentary featuring the people affected by their cause? They agreed, and the resultant 30-minute documentary effectively reached target audiences on Capitol Hill and healthcare industry C-suites. And it won some awards, including being officially selected as a winning film by PR Week’s Brand Film Festival New York 2019. But more importantly, it moved this nonprofit one step closer to achieving tangible awareness and change.

Sixty-four percent of consumers find brands that actively communicate their purpose more appealing. And documentaries do just that… by telling authentic, emotionally resonant and powerful stories in a creative format that sparks critical thinking and provokes engagement.

Isn’t it time you got that big idea across to your stakeholders?

Bob Peterson is as an Emmy award-winning television producer and creative director with more than 20 years of experience in the industry. Before joining Ketchum, Mr. Peterson served as the executive creative director of KATIE, Katie Couric’s Emmy-nominated syndicated daytime talk show, where he oversaw all aspects of the overall look of the show. Prior to KATIE, Mr. Peterson led the design and production of numerous CBS News shows including The Early Show, Face the Nation, CBS Special Report, and Up to the Minute. He has covered 15 Super Bowls, 10 Kentucky Derbies, the 1996 Atlanta Olympics, and both the Daytona 500 and the Indy 500.

Chicago Ideas Week: How to Kill a Great Idea

Coming into Brad Keywell’s conversation at Chicago Ideas Week – the largest ideas festival in the world for a global network of thinkers ranging from Bill Clinton to Common – I assumed the talk would steer toward separating good ideas from bad. As an associate planner at the recently-crowned Global Creative Agency of the Year […]

Digital Summit DC: Are Your Digital & Social Media Strategies In, or Out?

We look forward to attending the Digital Summit, which comes to DC each year, to draw inspiration from industry leaders and peers as we approach Q4 and head into a lot of planning for the new year. Speakers this year spanned from top social media execs to Randi Zuckerberg (who loves to remind us that […]