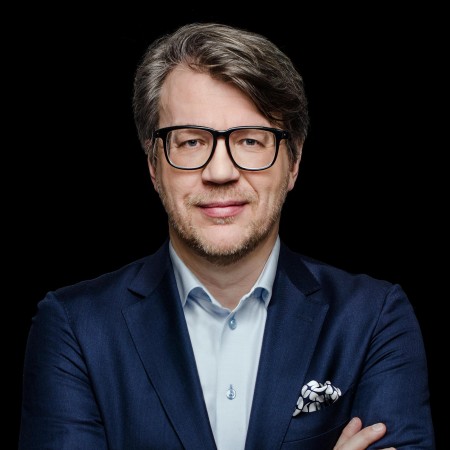 Like a mirage, the capital of the emirate of the same name emerges from the surrounding desert: Dubai. It is known as the “city of superlatives”, this artificially created metropolis on the shores of the Persian Gulf. It is home to the world’s tallest building, the world’s biggest shopping center, and the world’s largest artificial island just off the city’s coastline.

Dubai, a city that never sleeps, is forever chasing new records. Not the kind of place for anyone wanting to spend a few days in quiet surroundings.

And thus my expectations for the “Dubai Lynx” International Festival of Creativity were complex, to say the least. I was attending the event as one of the jurors for the PR category. A range of questions kept crossing my mind in the run-up to the Festival: What will the quality of the work be like? To what extent are the creative concepts colored by cultural viewpoints? What form does PR take in the Middle East and North Africa? Are the projects as extravagant as the city of Dubai would suggest?

Many of the submissions were excellent and on a high level of creativity. Most of the work impressed me with its tremendous communicative impact, its superb insight, its humor and its intelligent execution – all the things you would expect of a Creativity Festival.

Here are four powerful impressions I gained during my four days on PR jury duty in Dubai:

The trend was becoming clear last year in Cannes – and at the “Dubai Lynx” it was finally confirmed: technologies are an excellent lever for creative campaigns (click-to-tweet). Sony is an example of this: the company had set up a pop-up store for the launch of its waterproof Xperia smartphones and tablets – five meters under water, just off the coast of Dubai! The effect was magnetic: anyone who wanted to visit the store had to don full diving gear. The Sony products could then be viewed under water, but it was the unique experience that captured the attention. There was wifi access as well and visitors to the shop were tweeting and sharing their experience with family and friends. And needless to say the global media were enthralled by this venture, which even inspired a documentary on the Discovery Channel. This resulted in a gold award for Sony.

Tech-telling par excellence featured in a submission from Lebanon, which dealt with the deep political and religious divisions within the country. It highlighted a factor that characterized many of the campaigns presented at the “Dubai Lynx” – social media is a vital means of communication in this part of the Middle East (click-to-tweet). On the occasion of Lebanon’s Independence Day, the United Hands campaign called for the world’s first-ever virtual human chain on Google Earth. Thousands of people took part in this event, including the country’s former Prime Minister Najib Mikati. This turned out to be a major success story: the virtual human chain encircled the whole of Lebanon along its borders. And, the idea was taken up in the real world. On November 30, 2014 the longest human chain ever seen in the region was formed.

People who visit Dubai tend to forget that they are in a crisis-hit region. So the fact that the campaigns presented at Dubai Lynx put this back into focus is welcomed, because in many cases they take social change as their subject. These are valuable contributions, since they offer people new hope, for example the countless guest workers living in Dubai. The simple realization here is that those people who speak English earn more money and have better promotion prospects. But English courses are hardly an option for these immigrant laborers who work for twelve hours a day on average. A wonderful campaign helped create a genuine impact. The campaign centered on a special alphabet consisting of the phonetic transcription of English terms into Hindi where the word itself is integrated visually. For instance, the word “hammer” simply showed a picture of a hammer. The different terms are displayed all points, from dormitories to transport buses, frequented by guest workers. The result: well-deserved multiple gold’s for this entry.

Finally, a promotion that was as unique as Dubai itself: the “Supercops.” The aim in this case was to boost the image of Dubai as the city of superlatives. The basic idea of enlisting the services of the police was startling enough. But the real surprise was that some of the police cars were replaced by top-of-the-line sports cars, such as Ferraris and Lamborghinis, and sent out to patrol the streets of Dubai as part of the regular task force. All this was supported by a strong social media campaign. The result was a major hit! All over Dubai, people wanted to have their photograph taken with the Supercops to share within their networks. This led to a huge volume of user-generated content and worldwide media coverage.