Ad Week XII: Get Them to Look Up 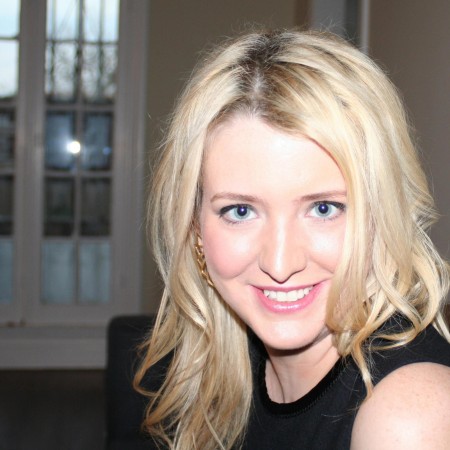 After attending a number of the panels, my biggest takeaway was a general observation about making public-facing presentations. Looking across the audience, it was clear that people were often disengaged, perhaps because many participants spoke in generalities mixed with a lot of de rigueur buzzwords. (If I had a dollar for every time I heard “scale matters” or “Frankenmetrics.”) The moments that enticed people to look up from their phones happened when speakers used a specific illustration or told a personal story that illuminated the point—a good reminder to buttress statements with interesting facts or stories that are memorable and impactful.

Regarding the specific content of the sessions, here are top 10 takeaways:

1. An agency is only as good as its people.
Talent is the main differentiator among agencies, especially with startups poaching so many bright young executives. Investing in good employees should be priority #1. There is a growing void of good talent because young people have become disenchanted with traditional work lifestyles, and the blue-sky “shared vision” mentality of a startup can be enticing.

2. Shape the culture, don’t chase it.
30-second spots and pre-roll are not very effective or relevant anymore. There isn’t a consumer desire to watch these kinds of ads; they’re merely tolerated as something to “get through” before reaching the destination content. Creating entertaining branded content is, therefore, incredibly important and can help a brand build emotional connections with the consumer.

4. Influencers and other creatives (like filmmakers and actors) are direct gatekeepers to target audiences—and vibrant, compelling content is the killer app.
Ultimately, no one cares about the platform they’re going to; they are seeking the content itself. Brave brands are giving influencers creative license to produce content that is reflective of who THEY are, not who the BRAND is.

5. The dominance of mobile cannot be overstated.
Young consumers are now spending more time with mobile apps than they are watching television.

6. Measurement continues to be a big issue, and we need to develop better, simpler metrics.
Many panelists mentioned that there is a ripe opportunity for accurate, trustworthy third party refereeing using a single “currency.”

7. Don Draper isn’t dead, he’s just wearing a new suit.
Cannes has broadened its scope to cover data, visualization, health care, etc., and the role of the marketer has morphed into being that of a “marketing technologist.” We therefore need to use new, more specific, nomenclature for this sprawling landscape. A number of panelists even joked that we should call Advertising Week something else, since it now encompasses so much more than just advertising.

8. Millennials and Gen Z are moving away from buying “stuff.”
They are instead placing greater value on experiences (click to tweet).

9. We don’t live in a monarchy anymore—there is no one “king.”
In a number of the sessions, declarative statements such as “Creative is king.” “Story is king.” “Results are king.” were made, but these things come together in a complex way, and it’s often about the larger role of context (the device, the moment in time, the events happening that day) that makes something succeed or fail. Even the moment itself can matter most because live media, e.g., sporting events and concerts, are faring better now than ever before.

10. Cord-cutting Millennials ARE watching TV, they’re just watching it in different ways.
Millennial consumers spend 64 hours per week viewing video, 30 hours of which is television across multiple platforms. Expansion of viewership across devices means entertainment on any screen at any time.

Bonus takeaway: Nearly every panelist at Advertising Week was over 40. However, there was a brilliant young panelist named Brian Wong (CEO/Founder of the mobile app Kiip) who self-effacingly joked that he was 12 before he spoke but proceeded to impress everyone with his animated commentary, engaging speaking style and fresh perspective.

It’s an important reminder that the age gap is very real, and we have to encourage the infusion of young people’s insights whenever possible. There was another panel called “Ask a Millennial—Live!” which gave the impression that young people are these distant creatures whom we don’t understand. But young people are embedded right here among us, and we need to actively solicit their point of view—which is now more valuable than ever.