The Most Talked About Applications in 2013 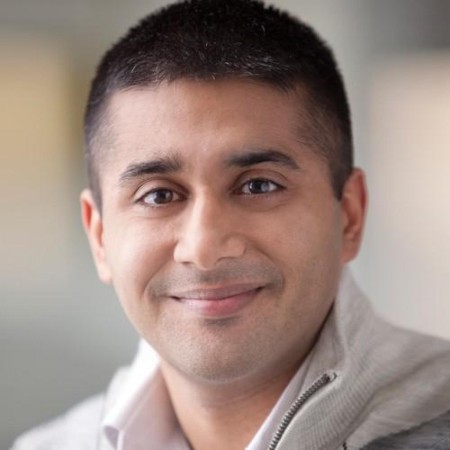 Every year, South by Southwest is a place where lucky entrepreneurs hope to hit it big with the next mobile app, service, or social networking platform. What we see at SXSW isn’t new technology like phones, TVs, or the latest gadgets, but rather applications or services designed to make our lives easier, more productive or more fun. While 2012 was mostly about location, 2013 will likely continue that trend but include more proactive and contextually sensitive applications.

So what are the top 4 bold predictions for the most talked about applications during 2013?

Tempo is an artificially intelligent enhanced calendar application for iOS, developed by Tempo.AI, a spinoff from SRI, the company that brought you SIRI, and the first computer mouse.  Tempo brings relevant and contextual information to you as you need it, similar to Google NOW but specifically focusing on the calendar.

Some of the things you can do with Tempo are pretty interesting.  For example, if you’re about to dial into a conference call, Tempo can contextually sense the dial in passcode from the calendar invite and serve that information to you so you don’t have to remember it and dial it manually. On the way, do you need to review materials that the meeting is about?  Tempo can automatically find the right contacts, documents, and emails to help you prepare quickly.  The calendar also syncs with Google Calendar and Microsoft Exchange so you can still use the app for work and play.

Vine made its much ballyhooed public debut on January 24, 2013 after being acquired by Twitter in October, 2012.  The app allows you to create six second videos and share it with your social networks.  Ketchum’s European Digital & Social Media Director Stephen Waddington gives a great overview of Vine and the ways brands can use it.

Vine is incredibly easy to use and distribute throughout your social network.  Celebrities have gotten involved such as Jimmy Fallon, Kate Upton, and Tyra Banks which are helping to fuel its growth.  Brands like GE, Gap, and American Airlines are showing that marketing creativity knows no bounds.

Will we see any updates to Vine announced at SXSW?  Some of the possibilities include an Android version, verified accounts, a front facing camera, adding your own audio track, Tumblr integration, and saving a vine mid-recording.

Search Vine in the Apple App Store.  Currently, it’s only available for iOS.

As consumers continue the trend of living in an always connected world, Google’s GLASS is the seedling trend of moving from always connected computing to wearable computing.  GLASS displays information to the user that’s typically found in a smart phone via wearable glasses.  Users can take a picture, record and share what they see, get heads up directions, translate their voice, and receive proactive answers without even having to ask.  While many have mocked the way it looks, GLASS has the power to disrupt and alter consumer behavior that’s been rooted in the smart phone for the last decade.

Anything that can advance society and seamlessly integrate into human lifestyle is worth talking about.  This has primarily been Google’s mission since 1998 and I suspect they’ll take us kicking and screaming into a new generation of computing.   Google is marketing GLASS in a brilliant fashion, knowing that it’s most die-hard fans and industry innovators will think of brilliant ways to use GLASS first.  Google is even acknowledging that its current design may be less than flattering, as it teamed up with online hipster eyewear company Warby Parker to help it design more fashionable frames.  Regardless, if you like the frames or not, GLASS represents an evolution in computing that we’re also seeing with companies like Nike and Apple

Google just closed entries into the #IfIHadGlass contest, but they’ve announced that GLASS will be available by the end of 2013, hopefully just in time for Christmas.

Only launching a few months ago, Pheed (pronounced feed) has already skyrocketed to the top of the social media charts in the App Store.  Pheed has combined text, photo, audio, video, and broadcast by combining Facebook, Instagram, Twitter, and Tumblr’s best features.  Although it’s free to join, content creators can monetize their content and charge on a pay per view or subscription basis. We’ve seen that teens are tiring of Facebook in their quest to find places that are simple, secret, and fun.  For the moment Pheed is one of the many popular social networks of choice amongst teens. Pheed is interesting because unlike any of the other social networks, Pheed is taking a proactive approach to protect the content creators with their pay wall.  Will it pay off with marketers?  Only time will tell but if your market is teenagers Pheed is something to keep an eye on.

What do you think will be the hit of SXSW 2013? Sound off in the comments!

Amit is senior vice president, Digital Strategy, for Ketchum in the Chicago office. He works closely with teams on all aspects digital and social strategy. He’s an aspiring amateur softball player and dreams of making it on the Champions Golf Tour. You can connect with him on Twitter @aw