Who is Winning the War of Words Over Airport Expansion? 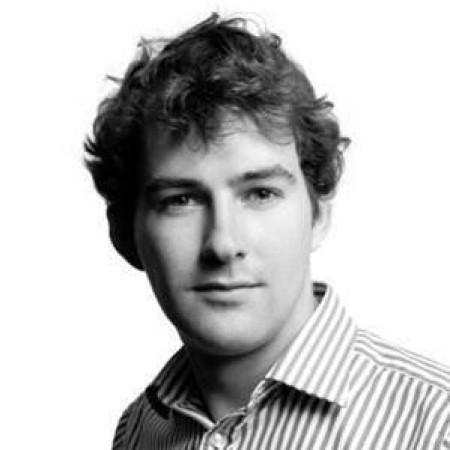 On 7th August, Howard Davies’ UK Airports Commission, tasked with instructing the Government on the future of UK airport capacity, published details of all 48 proposals submitted last month. The future of UK airport capacity has been one of the biggest political footballs of recent years and with so many proposals on the table don’t expect a decision anytime soon. The Commission isn’t even due to report until 2015. In the meantime, with numerous hats thrown into the ring, we consider how the various proposals can successfully communicate their argument and ensure they are being taken seriously. We also talk about the communications lessons to be learnt.

This debate throws up some unique communications challenges, with the Government sitting at the fulcrum of public and commercial interest.   An interesting paradox is that somewhere along the line the ‘national interest’ seems to have lost its way in this debate, as short term political expediency has dominated over the need for long term economic success.

Heathrow, portrayed by many as the villain, is currently attempting to maintain a delicate communications balancing act playing up the economic necessity for increased airport capacity, and their unique ability to fulfil that need, whilst appeasing local residents by announcing a commitment to reduce noise by 10-20 percent. Essentially the reason we have a debate at all is because some wealthy and powerful residents of West London used their influence to hold political parties to ransom with their votes in key marginal constituencies in West London, therefore preventing the expansion of Heathrow before now.  Heathrow’s economic argument is straightforward and powerful; economic benefits are reportedly worth £100 billion and 70,000 new jobs would be created, but it seems to have been outdone by the small-mindedness of the local argument.

Heathrow’s main challenge is that they have been trying to communicate to multiple audiences at the same time with the same key messages, leading to the watering down of their argument and appearing to lack focus. Even British Airways chief, Willie Walsh, admitted recently: “I don’t see any prospect of Heathrow ever expanding — it’s now too politically sensitive.”  Heathrow is drowning in a tide of negative sentiment and they need a coherent plan to buck this trend. They need to mobilise powerful backers such as Willie Walsh and Richard Branson to back their cause, rather than write it off. Rather than throwing around figures like £100 billion of economic benefits, they need to properly explain how this figure has been calculated, otherwise they will just be denounced for picking a number out of the air. Their trump card is the 100,000 jobs that are directly linked to Heathrow. They need to make it clear that they will be forced to shut if the Government backs a rival hub, therefore leading to the desolation of West London. This powerful argument should sway the local opposition that are currently the major thorn in their side.

Gatwick has tabled a proposal to build a second runway to form part of a constellation of three two-runway airports in the capital. Their maxim is of a cheaper solution that affects few residents, but they do not cater to those who argue that London needs an integrated hub. Gatwick faces criticism of ‘short-termism’ and papering over the cracks. To succeed Gatwick need to shift the argument away from the need for one single hub, by proving that a London airport ‘constellation’ offers all the same benefits. Gatwick already services more destinations than Heathrow, is the world’s busiest single runway airport and the current London constellation is already the busiest airport system in the world – if it aint broke, don’t fix it.

Stansted has offered two solutions; a proposed a second runway to compliment a London airport constellation, or an alternative 4 runway hub. To some their fence sitting has the air of indecision about it and it has therefore not generated the attention it may deserve. A local pressure group has said “the proposals are opportunistic, irresponsible and pointless.” Conviction is key to winning an argument of this nature, so by failing to announce a master plan Stansted has put itself on the back foot. With prevailing attitudes favouring a hub model, Stansted should throw its weight behind their 4 runway proposal (if a constellation approach is chosen they will be a no brainer for inclusion anyway). They should highlight their ideal location; north of London – so few affected by noise; in a rural area – so no housing demolition required and in terms of the hub proposals, it is a relatively cheap option. Add this to their parent companies experience of raising substantial capital and they could be on to a winner.

There’s also the Isle of Grain

Sir Norman Foster’s proposal for a brand new 4 runway hub on the Isle of Grain in the Thames Estuary is ambitious, exciting and illustrated by striking visuals. Backed by Boris Johnson, this proposal is presented as the airport of the future that will put the UK back on the map. It’s a compelling vision that ties in with the spirit of the age alongside other big infrastructure projects, such as HS2. With influential supporters such as Boris Johnson (who may be Conservative leader by 2015), and amid signs of economic recovery, this proposal starts to look feasible. The backers of this project need to encourage the Government to be bold and make people realise that their vision is not pie in the sky. To do this they should commission feasibility studies, hold meetings with potential investors and speak to relevant stakeholders. This should all be done in the public domain and the media should be kept fully up to date with progress.

There are no winners from the current malaise. The Government looks indecisive, Heathrow looks weak, its rivals proposals look unconvincing and Boris Johnson presents a sexy vision that is struggling to be taken seriously. This issue has been allowed to get out of control by policymakers, leading to confusion and an uncertain future for airports, infrastructure investment, businesses and workers. Communicating in such an environment is tough, but by displaying a focused strategy emphasising a full understanding of the political and economic realities, one of these proposals can begin to break through.

What are the key communications lessons to be learnt from this situation?