Tweeting from the White House Lawn 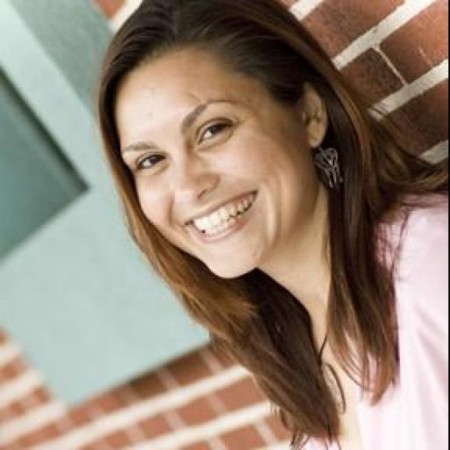 Hit the snooze button on the alarm clock, select an outfit to wear, shovel down breakfast.Wait…what do I wear?

Yesterday was different, because I was hobnobbing on the White House South Lawn as part of an official White House Tweetup (#WHTweetup), meeting other people who were simultaneously gathering for the Welcome Ceremonies for British Prime Minister David Cameron and his wife, Samantha Cameron.

It’s unseasonably warm in DC, so I tossed the idea of a coat and swapped it for a cardigan as I tweeted out “Dressing for the #WHTweetup is serious business – heading there now!”

We were running behind schedule; the plan to leave by 6:30 am was inexplicably foiled, so at 7:30 am, we made our way via public transit to the one and only White House, not knowing what to expect from the day.

We were surprised to walk toward the gate where an email with instructions had told us we could gain entry to the event, but we were met with a line that seemed to have no end. We walked all the way down 15th street until we hit Constitution Avenue and finally got into line. We checked our watches. It was 8:21 am, the ceremonies started promptly at 9:00 am, and we could not imagine that we would make it in time. In the line behind me, people began grumbling. Their groans were disappointingly met, because the line began moving faster than any of us expected. After being checked off a list and going through a metal detector, we officially stepped onto the White House lawn.

I could feel the excitement building as patriotic music began to swell from beyond the crowd. We could look directly out onto the expanse of the lawn and see the Jefferson Memorial and the Washington Monument in the same landscape. It was such a beautiful view and seemed to beckon me, but I thought it might be inappropriate to run down the lawn singing “The hills are alive with the sound of music.” Next time, perhaps? Right on time, we heard the National Anthem of the UK and the Star Spangled Banner, followed by a riveting 19 gun salute. The announcer welcomed the President and first lady, but all I could see were the backs of heads moving left and right to catch a glimpse. Running late turned out to be a costly endeavor after all. President Barack Obama opened the ceremonies with quips about teaching the Prime Minister the art of bracketology in his March Madness quest, and followed it up with the a witty statement: “It’s now been 200 years since the British came here, to the White House — under somewhat different circumstances.”

Laughter ensued, but the speech turned serious as he noted the remarkable relationship of the two nations. It eventually turned back to laughter as the president took a turn at speaking like a Brit, commenting that he and Michelle were “chuffed to bits that you are here.” He handed the podium off to David Cameron who noted how at home the Obama’s had made him feel, and that he was a “little embarrassed…to think that 200 years ago my ancestors tried to burn this place down.” He spoke of the storied history between the two nations and their mutual commitment to defending their values and sharing a “powerful partnership for progress.” From a communications standpoint, both world leaders were flawless – demonstrating that in spite of different opinions on some issues, they could come together and find common ground.

Once the ceremonies had ended, we proceeded to head over to the Eisenhower Building where the majority of the White House staff actually perform the work of the administration. We found ourselves stuck in a thick crowd of people like sardines in a can, unable to get around. When we finally reached the north side of the White House, we were told the avenue was blocked for security and we would have to go around. This added several blocks onto the commute, which when you are running late for a White House Tweetup, is frustrating. PR Pro to the Rescue!

By the time we had checked in (again!) on the other side of the building, it was 10:48 am. We did not think anything of it, until security began denying our fellow tweeps entry into the building. There were close to 20 of us in line and one after another had their passage rejected. After ruminating on possible options, a security guard came out and stated that our approved entry was only good for an hour and it had expired three minutes ago. He gave us the extension number of the White House staff member who had booked us and said we were welcome to call her. As everyone stood around, I flew into action. PR pro to the rescue! After leaving a voicemail and sending an email via my BlackBerry, an intern named Joanna surfaced and did her best to help us while supplying us with witty humor (she promised an interpretative dance performance from the intern team if we could not get in to make it up to us). We made conversation as help came to the rescue and 30 minutes later, we were walking into the conference room. I was able to catch the end of a talk by James Barbour, the Press Secretary from the British Embassy and another Press Secretary staffer from the White House. I was disappointed to have missed the talk from these PR professionals. It had been a few years since I’ve been a Press Secretary, but it would have been good to have heard their remarks. Luckily, I was able to hear the incredible Brian Deese, the president’s economic advisor, who brilliantly breaks down difficult economic concepts in visually appealing and easily digestible ways (you may have seen one of his white board videos). I had followed the economic news from the White House for some time and was impressed by his knowledge, candor, and flair for explaining these complex concepts (nightmares from my Microeconomics class no longer hurt my brain!)

When it was time for questions, my hand was up and asked what any PR person worth their salt would have asked. What impact did the hashtag #40dollars (more on that here) have in changing the conversation around the payroll tax cut and ultimately, in engaging the public around these economic topics? He was effervescent on this topic and spoke about the convergence of social media playing a dynamic role in reaching the American people and the power of people to bring about change.

When his speech was followed by Macon Phillips, the Director of Digital Strategy, and Jon Carson, Director of the Office of Public Engagement, they expanded on this same sea change in how an administration can communicate with its various publics. One of my favorite quotes was from Jon Carson who said, “The American public underestimates their ability to influence the policy process.” This resonated with me. Having produced a local show on voting and taken the media questions during election season as a spokeswoman for a top supervisor of elections office in the State of Florida, I am only too ready to uplift others with my idealism and our ability to make a difference through engagement in the political process. Every email I send out from my personal account carries the famous quote from Margaret Mead, “Never doubt that a small group of thoughtful, committed citizens can change the world. Indeed, it is the only thing that ever has.”

As the event closed out, I left with several thoughts (and a couple packages of patriotic candy). The knowledge and passion from the White House staffers was nothing short of inspiring. Brian Deese had commented that they “wake up every day with a sense of urgency and unfinished business…” It was comforting to know that the issues they knew Americans cared about, they were capitalizing on through tools like We the People, where any American can start a petition on any issue, and if it reaches the threshold of 25,000 signatures, then it is reviewed by the administration and receives an official response.

One of the best cases of the use of this tool was the SOPA petition; the Obama administration actually broke the news on their viewpoint of SOPA, the internet piracy legislation, in the response to this group’s petition. The results were staggering; millions of signatures and 300,000 emails to Congressional representatives in just a few days to stop SOPA. PR professionals have to not only be aware of tools like this, but of the convergence of technology, communication, and the way that companies, organizations, and governments interact with their publics. I felt a common bond with the White House staffers – the 24/7 nature of our jobs, the passion to make a difference, and the desire to continuously increase our awareness of issues and how they fit into the context of the larger world.

Kudos to @ks44 and the rest of the White House team for assembling a top-notch #WHTweetup event, although next time, I’ll take an extra three minutes on my security entry!