Seven Trends From SXSW: A Future in Flux 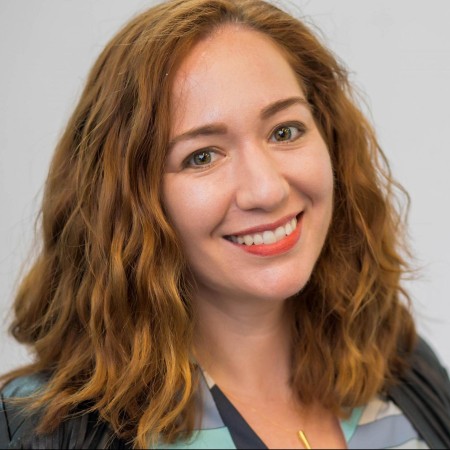 Social responsibility has moved from the edge of a brand’s identity to the center.
And with that shift, the role of CMOs has evolved to also include advocacy. A lot of companies are playing catch-up in a culture where they can’t afford to NOT have a point of view.

“We need to be clear, from a comms standpoint, about what we stand for and what we believe in on a whole spectrum of issues,” said CMO of Principal Financial Beth Brady. It doesn’t always make sense to jump into the conversation, but when it does brands need to be communicating established views and values. Stakeholders need to be clear on these before things happen.

Space! It’s not just for aerospace companies anymore.
The aerospace business hasn’t traditionally been a consumer-facing industry and its deep ties to the military meant most of its business went on behind closed doors. Not anymore, as the industry is democratized by technology and energized by the appeal of Elon Musk (who had the hottest keynote over the weekend). But it isn’t just aerospace companies telling their space stories, start-ups developing 3D printing tools for housing and legacy telecommunications companies could all play a role in the business of space. What stories can your clients tell to prepare the world to think of them as players in the not-so-distant future?

The rise of intelligent machines.
Intelligent machines and the continued evolution of personal assistants was a big theme this year at SXSW. The concept of machine ethics (instilling a set of values into machines) is really fascinating and was an omnipresent theme at the festival. While the fear of a “Terminator” style robot taking over the world is both often discussed and incredibly unlikely, the bigger threat is the impact of intelligent machines spreading misinformation and potentially orchestrating chaos in really freaky ways.

Finding value in your brand’s story signals.
Legacy movie studios and upstart brands are all mining their data for under-served audiences and using that data to develop content. Hieu Ho, a development executive at Buzzfeed gave a compelling example of mining your data for story signals based on one of their most popular listicles on millennial parents. “We realized, from the data, that it was so popular because there was hardly any content that really spoke to that audience of millennial parents. So, we developed a family comedy with one of the best creators we knew in that space and sold it to Universal.” Brands should be mining their own data for story signals that can help them figure out the stories that will really resonate with their target consumer, not necessarily to develop major motion pictures (but maybe… let’s chat about that).

The pitfalls, and potential, of VR and AR.
VR has fallen short of aggressive consumer adoption predictions, but it’s still expanding storytelling capabilities. Where VR is really demonstrating the most value is in B2B communications, education and as a training tool. Meanwhile, brands are shifting some of their experiential storytelling efforts to AR (augmented reality), which is still expensive to develop, but has more potential for adaption through already comfortable with the latest smartphone technology. Athleisure favorite Outdoor Voices turned SXSW into an Augmented Reality shopping experience that everyone could easily engage with (and drop some virtual cash on).

#TimesUp slides into SXSW’s DMs.
The reckoning continues. Not only were the #TimesUp founders on numerous panels, but the movement was referenced pretty much everywhere. Women even put the festival itself on notice. First Round Capital’s Rei Wang called out the lack of diversity at SXSW Accelerator’s pitch competition on twitter.  The launch of #TimesUpAd, the groups ad industry initiative, also got tons of traction (shout-out to all the women running Ketchum, btw).

The future of driving.
Another consistent festival theme, autonomous driving, presents a big opportunity for communicators to help better position urban mass transit in the drive toward autonomy because right now, the notion of bus and mass transit being efficient and “smart” is not breaking through. In the beginning, level four and five autonomous vehicles will hit the market as more of a luxury item for the uber-wealthy, and won’t, in the short term, solve for traffic congestion and efficiencies the way autonomous buses and public transit might.