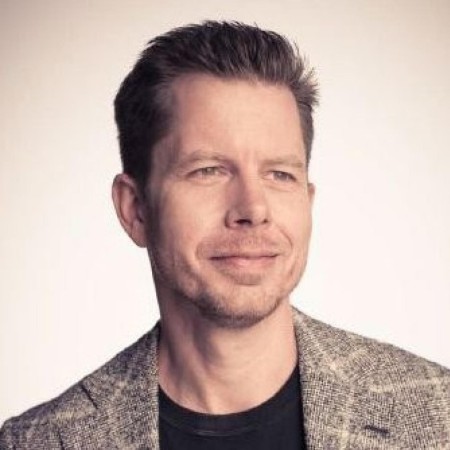 Visual storytelling has surged in popularity in the marketing world. In an information age of super saturation, the need to grab consumer attention has grown in importance. Thankfully, due to increased network bandwidth, smartphones, tablet computers and seemingly endless content channels, the opportunities for visual engagement have increased exponentially.

Take Pinterest, the social image sharing site built on creating theme-based collections known as pinboards. Users can ‘pin’ images from other websites into their desired pinboard, while liking and embedding images from other pinboards into their own. The experience is enhanced by simple page scanning, clean design, wonderful images and interesting stories, which are created and shared through simple comments and re-pinning. But imagine if all those images were removed. I doubt if ‘Texterest’ would be as popular.

So what makes Pinterest and other visual storytelling formats so compelling? First, it helps us to understand some fun facts. Our brains process visual information 60,000 times faster than text. In fact, 90% of information that we process is visual. However, while you can capture someone’s attention with great visuals, you still have to captivate and communicate your message. That’s where the story side comes into play.

From caves to comics, we’ve always had a story to tell Telling a story, regardless of the subject matter, has been inherently rooted in our DNA for thousands of years. Consider the 17,000-year-old Lascaux cave paintings in southwestern France. I had the privilege of seeing these in 2003 and I am still fascinated by the powerful narrative these cascading visuals create. Here we see the earliest form of sequential art that tells a story. Sequential art continued to evolve over the centuries in different forms, for example in Egyptian hieroglyphics, ancient Japanese scrolls and Mayan paintings. Mankind eventually began to communicate by combining pictures and words. Thus, comics were born.

Rodolphe Töpffer, a Swiss teacher, author and cartoonist, created the first modern comic in 1827 by combining a series of panel-bordered art and words. Considered the father of the modern comic, his first works were published in 1837. By using sequential art, combined with stories appealing to the heart and mind, people now had a new way of producing captivating content. In the words of comics’ genius Stan Lee, “Excelsior!”, which leads to my love affair with comic books and graphic novels for storytelling. I work in the creative world thanks to Fantastic Four #203 and Superboy and the Legion of Super-Heroes #248, which my parents bought for me in 1979. Mesmerized, the roller coaster of dynamic visuals and stories had me hooked. Although I didn’t realize it at the time, I had just experienced my first brand engagement. The storytelling experiences were immersive, compact and portable. I wanted more.

Now with more than 10,000 in my collection, comic books have served me as both escapist entertainment and inspirational studies in storytelling. Admittedly, they’ve rewired my brain on how stories should work through sequential art. Visuals have to communicate on their own while the transition and pacing between panels becomes equally important. The architecture of comic books translates extremely well to visual storytelling in the brand world.

A picture is worth a thousand words (and hits) For modern online audiences with limited time and attention, short visual stories driven by sequential art exist as an ideal model for brand engagement. Whether the stories take on the form of comic strips, infographics, webisodes, or even a video game (just look at phenomenon of Angry Birds), the micro-experience helps to cut through the clutter while persuading participation and action.

Visual storytelling for earned media serves as a powerful tool in the engagement arsenal. For instance, in April 2012, Ketchum created a comic-themed notebook as a press gift for beauty editors to promote Max Factor’s ‘24 from False Lash Effect’ mascara. The cover featured a gorgeous comics page showing how the product lasted across a 24-hour day.

Top titles, including Elle, Look, Stylist and Now, quickly began tweeting about their love for the ‘24 from False Lash Effect’ notebooks. Journalists posted pictures of the unique offering to Twitter and thanked Max Factor. As a result, the print run was doubled due to the high volume of follow-up requests among other journalists/bloggers not on the original distribution list. One strategically crafted visual story led to an echo chamber of additional stories in social media. Updating your products for reaching more diverse, niche audiences and increasing sales becomes even more vital today. DC Entertainment saw this need and took a huge risk in September 2011 by rebooting their entire DC Comics universe and launching 52 new titles starting at issue No 1. Seventy years of continuity and brand heritage were updated to make existing and new characters more accessible. Stories had a deeper connection into the cultural zeitgeist, including female empowerment, as well as more racial and gay diversity to help tap into a larger mainstream audience.

DC Entertainment’s strategy paid off. Within the first six weeks, over five million books were sold. Previously bestselling titles sold 100,000 copies a month. Now less popular characters such as Aquaman and Animal Man were exceeding 100,000 prints, while premier titles such as Justice League were exceeding 200,000 copies. All 52 titles sold out and went into second printings with some going into fourth and fifth printings. Looking ahead, even more inspiration and innovation can come from the digital revolution happening in the world of comics. Marvel, who has regained some sales dominance in the market, has taken the concept of augmented reality and woven it into the print version, effectively bridging the print and digital worlds. Through a simple app and strategically placed ‘AR’ icons on the page, the reader can scan these with their smartphones or tablet computers and be engaged with video content overlaid on the page itself. This actually takes the QR code one step further. Audiences get an entirely new reading experience in real time. (Learn more about how augmented reality works for Marvel Comics here: http://tinyurl.com/6u8k7fs).

Through a simple scan in any type of print media, you now have the opportunity to provide additional content that provides a deeper connection to your brand, whether it is entertainment, behind-the-scenes interviews, product demos and testimonials.

Regardless of the channel, sequential visual storytelling helps to communicate detailed information quickly and clearly. Told in short nuggets of captivating imagery and narratives, visual storytelling helps to make your brand stand out in a noise-filled world. And by making the content sharable, you increase the opportunity to trigger traffic, grow links and drive buzz across the social web. Consequently, your audience starts to participate in your brand story. Kapow! You’ve made a connection and impact.