Observations from Voice Summit: Welcome to a Voice-First World 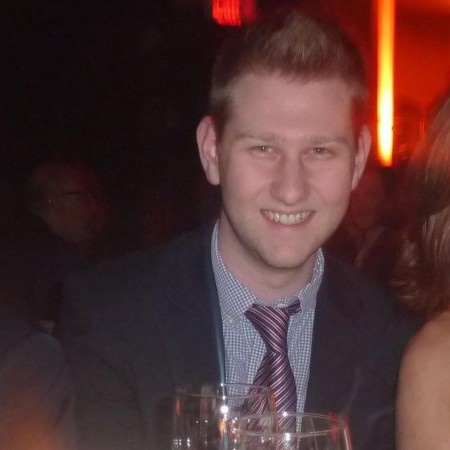 The inaugural Voice Summit brought together over 3,000 professionals and thought-leaders at the forefront of digital innovation to dive into the current and future state of Voice and AI. Voice is perhaps the most natural form of expression and, now, with voice marketing, brands and consumers alike can have more impactful engagement with one another in a frictionless manner. We’re careening toward a voice-first world. Some of the top brands in the world in industries like telecomm, automotive, financial services, entertainment, gaming, retail, and healthcare were represented at the conference and have already begun to evolve their market strategies by placing voice at the center of their customer experience. There are currently over 50 million (and growing) people in the U.S. who have access to smart speakers and the voice assistants that power them (this number is expected to skyrocket this holiday season). Smart speaker ownership is merely a jumping off point for the voice marketing evolution, as voice assistants like Alexa, Google Assistant, Siri, and Cortana are becoming readily accessible through a variety of hardware – not just speakers.

Here are our top learnings from the conference:

Voice is shifting the way that humans interact in the digital world.
We’re headed into a world where we will no longer need to whip out our smartphones or computers to do things. Dave Isbitski, Chief Evangelist of Alexa and Echo, reaffirmed this in his opening keynote by saying that “touch is dying.” Bret Kinsella, CEO of Voicebot.AI, noted in his session that smart speakers are the fastest growing consumer technology since smartphones. In fact, smart speaker adoption is growing at a higher purchase volume in a shorter timeframe than smartphones, television, radio, internet, and computers. Kinsella also shared that 55 percent of early adopters and 54 percent of early mainstream owners don’t want to go back to life without their smart speaker.

The extremely high adoption rate and positive sentiment toward voice assistant devices indicates that familiarity and comfortability with a voice-first world will rise globally – and quicker than you might think.

Smart speakers are training consumers for the bigger voice-first world.
Apple’s Siri was many consumers first foray into communicating with a voice assistant. Siri’s initial launch left users confused on how or why to use it. Siri’s natural language processing/understanding was nowhere where it is today, either. Despite the fact that smartphones were the first hardware to include a voice assistant, it’s really smart speaker devices that have become the gateways for consumers to get accustomed and more comfortable with voice assistants due to advances in the tech that drives it.

Be inclusive to all audiences when developing your voice application.
We attended several sessions that focused on building voice applications for the diverse world that we live in. First and foremost, we learned that it is essential to be more inclusive when it comes to creating your voice experience. All consumers are not the same – whether that’s in ability, cultural background, or even age – and thus, they interact with technology differently. Some of the ways this is being addressed today are through Amazon’s new modification for Alexa to interpret and speak in American Sign Language and Panasonic’s chat-bubble shaped AI devices that break down language barriers to help people communicate with each other in public spaces.

It’s now a best practice to map out how interactive your skill needs to be, and then bring it to a level where it’s possible for anyone to successfully use it. Crowd-test your voice experience with different ages, cultural backgrounds and ability-levels before you launch, and always include them in the feedback loop that informs your optimization plans. It will be a huge benefit to your end product.

Brands need to follow the new “solicited vs. unsolicited” rule for advertising.
When it comes to voice applications, gone are the days when a brand’s advertising message is presented to a consumer when they didn’t seek it. There are no in-stream or disruptive ads in a voice experience like we are accustomed to in social media, audio, or other traditional media experiences.

Amazon and Google are writing the rules for what the overall voice experience should be like for users and are giving those users control of their destiny from start to finish when using a voice application. Disruptive advertising experiences are not part of the voice roadmap anytime in the near future and brands can (and should) focus on monetization as an element of their voice application UI rather than figuring out how to insert ads that’ll only frustrate users.

Voice is a product, not a marketing stunt.
This might sound silly coming from folks at a strategic communications consultancy, but it was a widely accepted notion that voice applications should not be a stunt or campaign idea. Instead, consider it a product like you would consider a mobile app a product. Keep in mind that a core tenet to strategic communications is to build relationships with consumers, and that’s no different when building voice products.

Right now, discoverability of voice experiences is the biggest hurdle for brands. In order to reach your consumers, it is crucial that you enlist an SEO tagging strategy and full media plan (utilizing paid, earned, shared, and owned channels) tacked on to your development and launch plans.

In the same spirit that you need to think of your voice application as a product, you need to remember (and accept) that it’s okay if it’s not perfect when you launch. As previously mentioned, it’s imperative that you evolve your application based on feedback and unfiltered user data. Your most loyal users will be the first to turn on you if you don’t update the content.

Be human, but don’t be too human. You’ll hear the term “AI companionship” a lot in the next year, especially with the holiday release of Temi, the world’s first personal robot that’s priced lower than most high-end laptops. Like most voice devices, Temi was intentionally created to not be too human-like, despite its physical roaming features.

Generally speaking, users want to feel like they are talking to “someone” with human-like characteristics, meaning tonal inflections and a polite, helpful and friendly disposition. Despite this, users get turned off when assistants are too human, thus, it shouldn’t feel like the assistant is purposefully human by design. There is a fine line between useful and creepy.

There is a vast opportunity for marketers in the voice space. Voice experiences are not going to be perfected overnight, but the more brands listen to users and integrate their feedback, the better and more valuable your voice experience will be. As speaker Kevin Cornish said, “We create bonds not by the words we say to each other, but the fact that we say words. As humans, we’ve always connected through voice. When using your voice, you’re engaging on a deeper, more emotional level – different than the more automaton way that we usually engage with content.”

Are you ready to join the voice revolution? Plug in your contact below for a consultation with one of our voice specialists.