When DJ Kool Herc and his sister Cindy threw a back to school jam on August 11, 1973 at a rec room in the South Bronx, it was the birth of a nation. As the Bronx was burning, hip-hop rose from the ashes – a culture born from the socioeconomic oppression and racist policies targeting Black, Latin, and Caribbean American communities across U.S. inner cities at the time. These issues continue to impact cultural communities today, from police corruption and shootings and legal immigration barriers in the U.S., to political protests and revolutions worldwide. Hip-hop is one of the world’s most important and powerful forms of linguistic and visual communications, and the culture is viewed as a direct descendant of the Civil Rights Movement. While hip-hop is no doubt rooted in the African-American story, the Latin influence runs deep. As we continue to celebrate Hispanic Heritage Month, here’s a look at how these cultures have, and continue to, shape hip-hop culture… 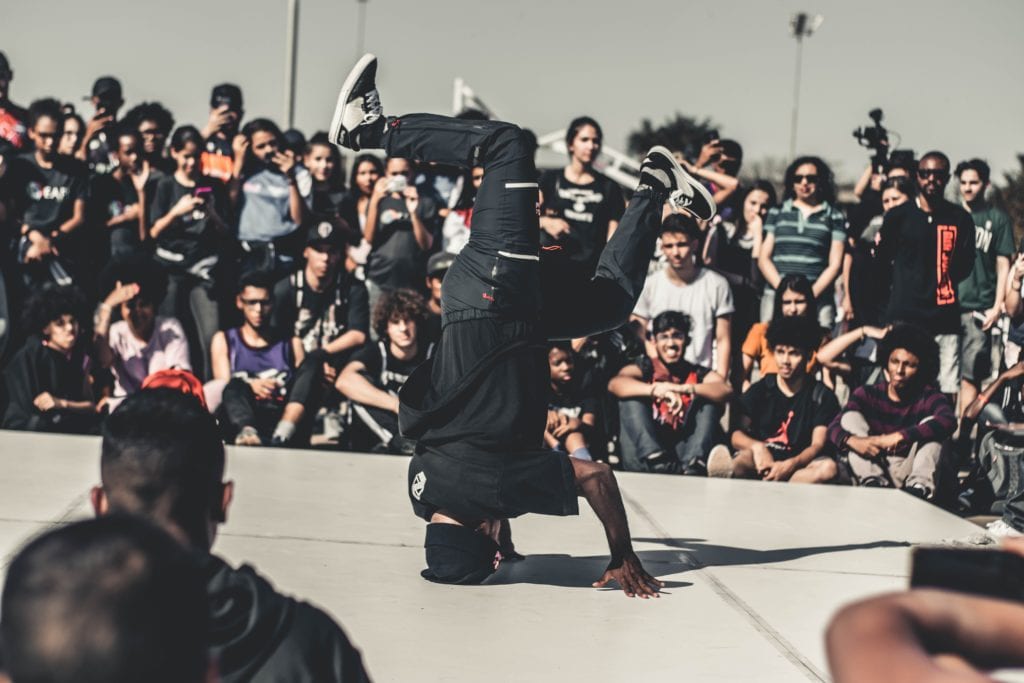 The DJs:
Hip-hop started with the DJ, and was driven by the mixtape era, spearheaded by DJs like Ron G, Doo Wop and Kid Capri, and then revolutionized by DJs like DJ Clue, DJ Drama and Tony Touch. Tony Touch changed the mixtape game with his 50 MCs series, and helped push the reggaeton wave with his ReggaeTony albums, which helped break Latino artists in mainstream U.S. music. He started as a b-boy, became established in the mixtape circuit as “The Mixtape King,” DJ’d for fellow Latino legends Cypress Hill, Rock Steady Crew, and The Beatnuts, and is a champion for Latin artists, whom he prominently featured on his albums. He continues to push the culture forward through touring, and his weekly Shade 45 show, Toca Tuesdays. Like all things hip-hop, elite DJs came together to form crews, and one of the top collectives was started by Latinos. Puerto Rican DJ Enuff, who was Biggie’s tour DJ and helped introduce the world to Kanye West, linked with DJ Threat (Dominican) and DJ Camilo (Colombian) to form the Heavy Hitters, which now consists of 65 DJs worldwide (R.I.P. to DJ Timbuck2). Enuff, who was inspired to pursue DJing by Puerto Rican pioneer, Charlie Chase, brought the Heavy Hitters to HOT 97, then the top urban radio station, continuing the Latino influence.

The MCs:
Latinos have always had a strong presence on the mic. Cypress Hill’s B-Real, a Mexican and Cuban MC, is not only known for his unique voice and live shows that drove them to become the first platinum and best-selling Latin rap group of all time. Though Cypress Hill was stereotyped as a stoner rap group, they were activists for cannabis criminal justice reform before it became trendy. Fat Joe, who is Puerto Rican and Cuban, is one of the most respected MCs of all time, and you’d be hard pressed to find a Latino MC that held weight of the other “Christopher we acknowledge” – Christopher Rios – Big Pun. The Puerto Rican MC came up with Fat Joe, and put the Terror Squad front and center on the hip-hop map, earning their own float in NYC’s Puerto Rican Day Parade. First appearing on the classic Jealous Ones Envy, Pun stole the show on The Beatnuts’ “Off the Books,” and appeared in their video, which helped set up his debut, Capital Punishment. When the remix to his first single dropped in 1998, it became a mainstream hit, driving him to become the first solo Latino rapper to go platinum. If you’re from that era, it’s impossible to forget the feeling of Pun having people of all races singing along with Joe on the outro: “Boricua, Morena.” The album was commercially successful, embraced by the streets, and earned a Grammy nomination. Tragically, Big Pun suffered a heart attack in 2000, cutting short the life of the greatest Latino MC of all time. His loss shook hip-hop as a collective, and had the same cultural impact on the Latino community as the loss of 2Pac and Biggie had on the Black community.

The B-boys:
According to hip-hop historian George Nelson, the Latin influence on hip-hop is tied to its history. Richard Colón, aka Crazy Legs, is a Puerto Rican b-boy (breakdancer) from the Bronx, who has been influencing pop culture since the 80s. While he was known in hip-hop circles as the leader of the legendary Rock Steady Crew, he was also the breakin’ body double for Jennifer Beals in “Flashdance,” stepping in, in disguise, for the female dance doubles when they couldn’t get the move he tried to teach them down. Rock Steady Crew would be featured in the iconic films Wild Style and Beat Street, and even performed for the Queen of England, reinforcing hip-hop’s international influence. Today, hip-hop culture is American culture, and Crazy Legs was honored at the 2018 Hispanic Heritage Awards at the Kennedy Center for his trailblazing moves impacting the culture and his community.

The Graffiti Artists:
Graffiti is a staple of NYC and hip-hop that has a strong Latin-American influence. Wild Style, the first hip-hop movie, focused around Puerto Rican-born graffiti artist Lee Quiñones, explained how the four elements of hip-hop connected, and notably featured originators Busy Bee Starski, Fab Five Freddy, The Cold Crush Brothers, and Grandmaster Flash. The Tats Cru was formed in ’80, starting in the subways before taking to the streets of New York. Close friends of Fat Joe, they created the Big Pun memorial in the Bronx, have their artwork featured in galleries, and discussed in colleges. Hailing from Queens, Lady Pink was one of the first successful female graffiti artists, and helped usher in a new wave of artists from her borough. She started tagging subway cars, and her artwork landed her a feature in Wild Style. She’s one of the most notable NYC graffiti artists, who continues to influence the culture through collaborations and exhibitions.

The Radio:
Video killed the radio star, but radio gave a voice to the rap star. In the 90s, Adrian Bartos and Robert Garcia (Stretch & Bobbito), hosted a Friday hip-hop show with a cult following on Columbia University’s WKCR on a signal so low-strength, you had to be in the know to tune in. The Stretch & Bobbito Show played underground, unreleased, and uncensored hip-hop, breaking unsigned and unknown artists like Big Pun, The Notorious B.I.G., Wu-Tang Clan, Nas, JAY-Z, Eminem, Mos Def, Mobb Deep, and Big L. As Nas stated, “At that point in time, your show was the most important show in the world.” While they may have seemed like an odd pairing (Stretch is white, Bobbito is Puerto Rican), they were bonded by hip-hop, and without these curators many of the greatest MCs don’t get that first, and often most important, platform. As hip-hop made its way to mainstream culture, the Latino influence in curating the sound and voice of hip-hop continued with Latinas like Angie Martinez, aka “The Voice of New York.” Beginning on HOT 97, she left for Power 105 in 2014 and now has the top-rated evening show. Her interviews are legendary, including a two-hour 2Pac interview in the middle of the East/West Coast beef that the world has only heard 12 minutes of. She was also an MC, encouraged by KRS-One to pursue rhyming, which she soon did with Redman and Mary J. Blige collaborations, along with her feature on the Grammy-nominated, “Not Tonight (Ladies Night Remix).” She’s now the executive producer of Untold Stories of Hip-Hop, which will feature guests including Latino legend, Fat Joe, and Cardi B, a Latina rapper from the new generation.

Hip-hop was created in the 70s, as the fusion of four elements: DJing, MCing, b-boying, and graffiti. It evolved and expanded over the 80s, exploded to the masses in the 90s, and became pop culture in the 2000s. Today, it’s not only American culture, hip-hop is global culture. Sparked in the South Bronx, the cultural connection among Black and Latino youth, the struggle and oppression they collectively identified with, and the communities they cohabited, created a common bond that gave birth to a culture that changed the world.