Food Insecurity: The Most Critically Misunderstood US Issue? As far as world problems go, hunger seems an obvious one. We all consume food and we’ve all heard that rumble from the stomach when we go a bit too long without any. Every day we interact intimately with food, so theoretically we should understand the issues faced when one must go sans food, right? Hunger doesn’t seem complex; it seems cut and dry.

In reality, most of us have a weak grasp on the true food issue. Toss out the word “hunger.” It’s too non-descript, and, besides, most of us designate hunger as a only a 3rd world issue—not one for America. Now what about the phrase “Food Insecurity”? A household is food insecure if it does not have consistent access to the right amount and quality of food for a healthy, active life. This is the topic at hand in Aspen, and one must assume that if it’s talked about at Aspen, it’s critical.

The phrase “Food insecurity” captures the nuance between hunger and obesity—two of the US’ most pressing matters. In America, one of three adults and one of six children are obese. Their ensuing health problems cost about 10% of the national medical costs. Yet at the same time, many children can’t pay attention in school because they are hungry. Food insecurity affects 50 million Americans at a cost of $167 billion each year.

As paradoxical as it may seem, hunger and obesity are not separate problems; they are two heads of the same beast. Kristi Jacobsen’s heartbreaking Sundance documentary “Finding North” tells us that obesity and hunger are increasingly found within the exact same person! Both are signs of insufficient nutrients and unhealthy eating. Food insecurity is literally eating us alive! Here’s where it gets even more nuanced. The simultaneous presence of obesity and hunger in America reveals a strange conundrum: we have more than enough food! If so many people are obese, and so many more are at risk of obesity, then clearly there is enough food. So why the hunger? Food shortage is not the issue. The real issue is deeper, more systemic.

It raises issues of availability of foods like fruit, vegetables, and lean meats.  But addressing accessibility raises other issues—issues brands tend to shy away from, such as class inequality and power structures. No one questions the giving away of food to those who need it. But asking why we need to give away food in the first place? For many, that’s one step too far.

Lauren Bush, CEO and co-founder of the FEED Foundation, is not one to shy away from controversy. She believes education and nutrition are essential. Bush believes that, it’s the decision between fast food and cooking from grocery storeingredients. People need to understand why nutritious foods make a difference, so they will have reason to eat differently. After Bush’s panel session on feeding the future nine billion people of Earth, she told me that companies that put their efforts behind the issue would be pioneers. She’s so passionate about the topic that she even agreed to Skype into future Ketchum brainstorms with our food/CSR clients!

Former Senate leader Tom Daschle is tackling food insecurity from the policy side. At Aspen, he previewed his new concept for a Global Food Insecurity Index—a tool that will help countries determine the most critical ways to address their food insecurity issues. The index proportionally weighs the impact of adjusting 25 different relevant factors, such as government spending, education, and economic wellbeing. I see an opportunity for brave brands to step up to the plate (literally). What if a financial company could underwrite the “economic” factor within Daschle’s new index?

At Ketchum, we’re willing to ask why too. Our genuine drive to dig deeper allows us to stand behind our “break through” mantra with pride and authenticity. It’s up to us to encourage our clients to do the same, especially when it comes to Corporate Social Responsibility regarding food and nutrition. We must counsel clients to spend their philanthropic dollars towards programs that address the actual problem, not just its side effects.

Sarah is a VP of Insights & Strategic Planning, working closely with team leaders to catalyze the planning/creative process and develop key research-based and target-relevant insights that help lead to clear strategic vision. In essence, people fascinate her and she figures out what makes them tick so brands can intersect with consumers in a meaningful, mutually profitable way. Recently named to the 2015 Forbes 30 Under 30 List in Marketing & Advertising, her focus on millennials has become a core area of Ketchum expertise. A committed cultural enthusiast, it’s hard to find something that doesn’t interest her. You can follow Sarah’s random musings on Twitter @sarahjane047, PSFK, and her blog, So Five Minutes Ago. 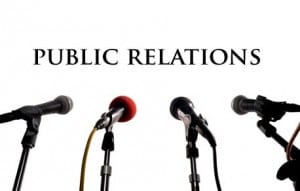