#FOMO No More: 6 Things I Learned While (Not Actually Being) At Cannes 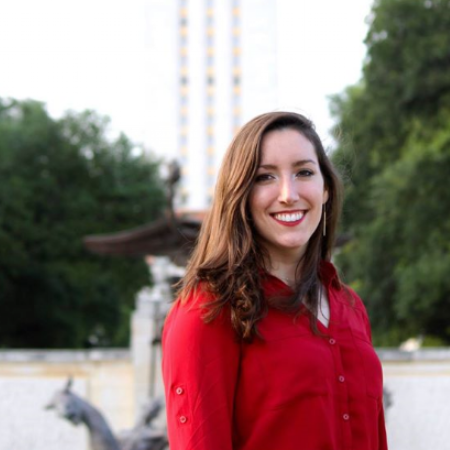 In another life, I’d be writing this fresh off a flight from the beaches of the French Riviera. It’s those same beaches I have yet to plant my feet on that serve as the backdrop of the annual nexus of communicators and innovation known as the Cannes Lions International Festival of Creativity. Although Cannes has alluded me this year, the fantastic insights that make all of us better professionals did not. Here are some basic, and more peripheral, Cannes learnings that resonated with me as a young PR professional…

1. It’s pronounced “Can”:
We’ve all been there. This is an intervention for those aspiring PR and advertising strategists mispronouncing the name of this quaint gathering during happy hours. Cannes is pronounced like can—as in soda can. Let’s carry on.

2. Even the thankless need a pat on the back:
As a recent grad and newcomer to the public relations industry, veteran pros reiterated that this field was hard, tiresome, and often thankless. The fast pace and necessary amount of collaboration within an agency may deter entry-level team members seeking a typical nine-to-five gig with constant, immediate gratification. At an agency like Ketchum, we are fulfilled by meaningful goals and take aim at precise milestones. Those include recognition by our peers at the Cannes Lions or SABRE Awards. Delivering value to the client and their mission is the name of the game, but winning is like the spark from the coffee we run on…except 100-fold.

3. But mostly, we have our eyes on the prize:
The first thing employees, leadership and guests see as they enter Ketchum’s Washington, D.C. office is a trophy case displaying industry recognitions for the work we have delivered on behalf of our clients. Let’s do some math to understand the work that goes into submitting to these competitions:

Submitting an award nomination requires around ten or more hours to compile, review and finalize the written summary. Then a minimum of another ten hours are needed to create supporting materials, which are packaged into a deck showcasing the research, planning, execution and evaluation. That’s nearly half a week in pursuit of an eligible entry, minimum.

4. Public relations is changing:
Cannes has its own definition of public relations. Somewhere in the efforts to inspire, innovate and integrate, the lines can blur under an umbrella of fascinating award entries. The changing landscape is apparent in the work showcased and in the way companies grow and diversify. In fact, during the 2016 Cannes Lions, Ketchum announced a new Virtual Reality offering, affording clients a new way to tell their story. If the future is already here, then what will break through next? (Hint: some speculate artificial intelligence)

5. If it does good, and it feels good, then it probably is good:
During my first month at Ketchum, I’ve been in full sponge mode. I got to admire the talents of my colleagues around the world by checking out our Cannes Lion’s submissions. After the viewing, in the spirit of the Cannes FilmFest, I was tasked with ranking the submissions and “short listing” personal favorites. I was drawn to the entries that engineered some sort of social good.

Turns out I was not alone in my bias, according to AdWeek, previous Cannes’ judges have said they would prefer non-profit work to be judged within its own category as emotion-invoking entries often put business-solution minded ones at a disadvantage. In fact, in the past couple of years, communicators and creatives have watched and remarked on the transition from selling goods to social good. And the trophies don’t lie, Ketchum and Caritas International’s Keys of Hope (*client) walked away with a Bronze Lion this year. I am excited to analyze how the rest of the chips fell between the big brands and non-profits, or in the words of KGRA’s Executive VP, RP Kumar, “Which way the pendulum swung this year.”

6. A win for one is a win for all:
Being new at Ketchum I’m still figuring out the different practices within my own office, as well as the structure and outputs of Ketchum worldwide. Sitting at our Cannes FilmFest, I was blown away by the work of my fellow Ketchum colleagues across the globe. Even during the eight-day Cannes rendezvous, a win was not solely celebrated in one office or corner of the world, but the across the agency with more pride than a lion and snazzy social thread too. Perhaps one day I will go to Cannes, but for now I admire from afar the talented thinkers, creators and engagers that make up One Ketchum.