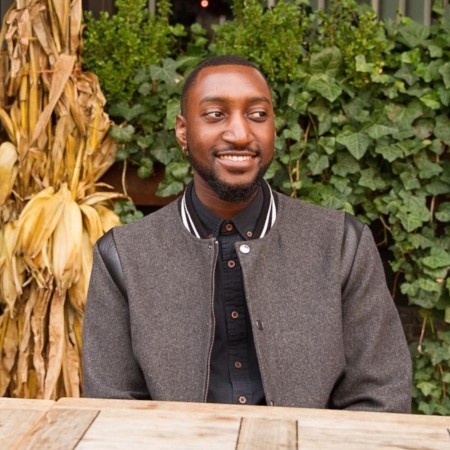 One of the most important qualities a great communicator can have is authenticity. Being your authentic self will resonate with your audience much more than trying to fit a particular mold. When African Americans enter a new space, we often feel as though we need to assimilate into the culture that already exists. Stuart Scott did just the opposite.

“I’ll write that because I’m going to write like I talk.” – Stuart Scott

Stuart Scott was born in Chicago, Illinois and grew up in Winston-Salem, North Carolina. He attended the University of North Carolina at Chapel Hill where he became a member of the Alpha Phi Alpha fraternity and was a part of the on-air talent at the University radio station. Scott went on to join ESPN as one of the few African American broadcasters who was not a former professional athlete. He returned to his alma mater in 2001 to give the commencement address where he encouraged graduates to celebrate diversity and recognize the power of communication.

Stuart Scott brought a new flavor to ESPN. He regularly used slang and other catch phrases that he made up himself. “Writing is better if it’s kept simple. Every sentence doesn’t need to have perfect noun/verb agreement. I’ve said “ain’t” on the air. Because I sometimes use ain’t when I’m talking. “Cincinnati Bengals thought that they were going to go 12 and 4 this year—man, they ain’t going 12 and 4!” You can probably already imagine that because of this, Scott was met with an immense amount of criticism. Some disgruntled SportsCenter fans would say, “Stuart Scott is very knowledgeable about sports, but the way he presents them in hip-hop fashion is obnoxious.”

Despite all the backlash, Scott remained authentic. His colloquialisms became part of everyday language that just about everyone would use. Think about how many times you’ve heard the phrase, “Boo-ya!” That’s Scott. He eventually became one of the most recognizable faces at ESPN by being an anchor on SportsCenter, covering the World Series, NBA Finals, Super Bowl, interviewing Tiger Woods and Michael Jordan, and even playing a basketball game with President Barrack Obama on-air.

In 2007, Scott was diagnosed with cancer, and was eventually given the Jimmy V Award for Perseverance at ESPN’s ESPY Awards in 2014. He gave a heartfelt speech that reminded us of how eloquent Stuart was, encouraged those fighting cancer to keep fighting, and made us realize how much we would miss him. “When you die, it does not mean that you lose to cancer. You beat cancer by how you live, why you live, and the manner in which you live.” He passed away in 2015.

What I learned from following Stuart Scott’s life and career is how important it is to continue to be yourself, even if yourself doesn’t fit in with everyone else. It’s often said that African Americans have to be “bilingual” because we have to speak differently at work than we do at home. Aside from Scott being a sports news anchor who looked like me, what made him special is that he sounded like me. His authenticity is what set him apart and made him special. What I think that everyone can learn from Stuart Scott, regardless of what industry we’re in, is that if we spend too much of our time and energy constantly trying to fit the mold, it can never be broken.