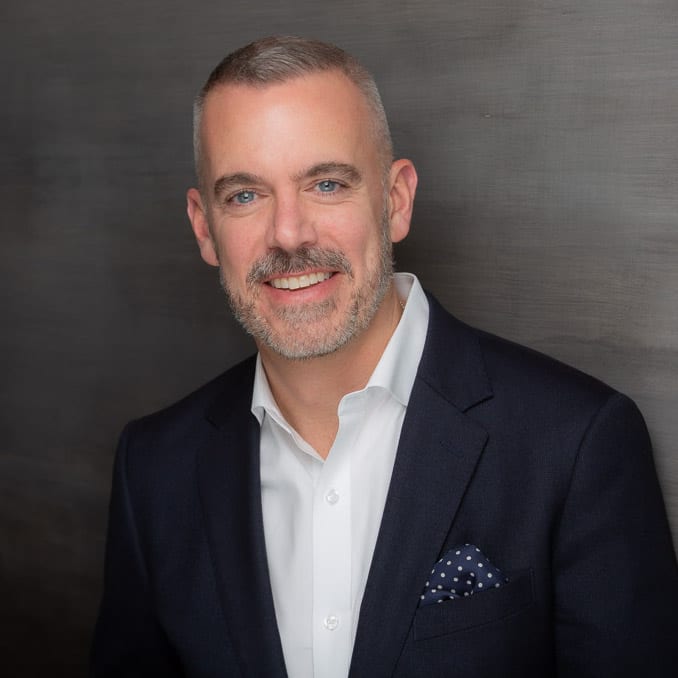 I’d love to tell you a story. I came out to my dad in 2015, on the day after Christmas. We all enjoyed a great holiday together, and though my orientation was hardly a secret at that point, I never really had “the conversation” with my father. In the early years, I wasn’t ready to address it with him, or anyone. Then as I became more comfortable with myself, there never seemed to be the right moment. But that Christmas, as I watched him watch my niece and nephews open gifts from Uncle Mike and Uncle Bret, I realized he was the one on the outside… and it felt unfair. So that morning, I picked up some breakfast and headed over to the house, ready to tell my dad my story. My dad was a kind, thoughtful and contemplative man. Respectful. Gracious. So I didn’t want the conversation to make him uncomfortable. In between sips of coffee, I went for it… and asked my dad if he was “OK with Bret’s and my relationship.” He turned and looked out the window at the snow-tipped trees and was quiet for a few minutes (I shoved a muffin in my mouth out of intense panic, the minutes like hours.). Then he turned back to me and shared his story.

“Do you remember in the movie ‘Forrest Gump’ when he’s a young boy and has to wear braces on his legs? There’s a scene where he’s being chased by three bullies… and he’s trying to break away from them. But he’s struggling because those braces are holding him back?” I nodded, unclear where he was going with this… “That’s how I always imagined you felt when you were young. Like something was holding you back. You were so creative. So expressive. You were different from the other kids. But I would watch you hesitate with people, not be yourself when you probably didn’t even realize you were doing it. You weren’t ‘running.’ You didn’t feel free, and I never knew why. Then one day a few years ago, we were all together at your house. I saw you and Bret together in the kitchen, laughing. I guess it took me longer to see than everyone else. I turned to your mother and said, ‘I think those braces are finally gone.’ See, all I ever want for you is to be able to run as fast as you can, with nothing holding you back. Just like Forrest.” I was floored. With heart, empathy and one heck of an unexpected Tom Hanks reference, my dad washed away years of concern that my story wouldn’t be one he’d want to hear.

I’m reminded of the importance of storytelling as we look to occasions like the yearly Pride celebrations around the world (evolving, appropriately, against the continued backdrop of the global pandemic and ongoing racial injustice), like International Day Against Homophobia and Transphobia and  Transgender Day of Visibility and so many others — because this movement, like any other forged in pursuit of freedom and equality, is stronger for, and advanced because of, its many stories. There are the ones often told—of Harvey Milk, Matthew Shepard and Edie Windsor. Of Dan Savage and Margarethe Cammermeyer and Marsha P. Johnson and Sylvia Rivera. Of Stonewall, which continues to gain depth and resonance more than half a century later. But there are millions more to be shared—at least one for every member of the LGBTQ community and our deeply appreciated allies around the world. It’s important for us to share our stories, but what I think matters most is asking someone to tell you theirs. Inviting them to open up and share a story that’s uniquely theirs… credible and irrefutable, because it was their experience and it shaped them, or continues to.

As brands and corporations tell their stories, too, and I’m proud to say we’ve been helping our clients stand up to share their own. Many brands will be celebrated and many scrutinized, but I think as long as they’re lifting people up, those stories deserve to be heard. They create and invite conversation and debate that’s welcomed all year round. I’m also incredibly proud that our agency has joined dozens of others across Omnicom’s OPEN Pride network to support individuals and organizations as they share their vital stories to the world.

Of course, as brave people continue to populate the online world with their stories, it’s important to foreground their safety. GLAAD (where I serve as a board member) has recently released its first-ever Social Media Safety Index, which evaluates the safety experience of LGBTQ users across the social media landscape. It’s a sad truth that the urgency of sharing stories and experiences online is countered by an ingrained pattern of hate speech, harassment and misinformation. The report includes a responsibility checklist for all platforms with clear directions on how to make the Internet more tolerant. GLAAD and other organizations will continue to hold these platforms to account and make the online world safer for stories like mine — and possibly yours.

As we work together to build this more tolerant world, these stories are needed to drown out and overwhelm the hate and misunderstanding that make them necessary. It requires courage, but I urge you to share one of your stories with someone who might be better for hearing it. And then give them the great gift of asking theirs — especially if you think they might need a little help “running faster,” just like I did.