What Could Change if Scotland Votes No? 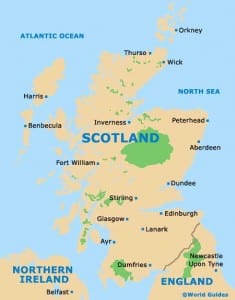 Anyone who thought that Scottish rejection of independence was a foregone conclusion has been well and truly humbled in recent days with a dramatic narrowing in polling giving the Better Together campaign seemingly now only the slightest of leads. A remarkable moment, highlighting just how much momentum the ‘yes’ campaign has built in recent weeks, came over the weekend when YouGov even polled the ‘yes vote’ ahead for the first time at 51%. The historic vote on September 18th is going to be tight.

This referendum has no precedent in the UK for pollsters to measure against and is a once in a lifetime vote that cuts across gender, families, friendship and previous party preferences. But as prediction fever begins to take hold, what would be the fun in sitting on the fence?

My prediction is that Scotland will vote to stay part of the UK but will do so by the slimmest of margins. With this in mind there will be a number of consequences from a ‘no vote’ that businesses and agencies should take heed of. Put simply, a ‘no vote’ will not remove independence from the agenda and the bruises taken by Better Together during the campaign will still be felt in the coming years across the political landscape.

1. A tight defeat for the ‘yes’ campaign could still give a sense of momentum to Alex Salmond who will remain First Minister at the helm of majority SNP government until the next Holyrood elections in May 2016. Do not rule out the prospect of promises of delivering another referendum in the next ten years. With the SNP in power independence will by default remain on the political agenda in some form in Scotland

2. That momentum could inadvertently be fuelled by the guaranteed delivery of further devolution to Scotland. As outlined by Westminster this week, a no vote will still definitely lead to more power for Scotland in the shape of greater fiscal autonomy and control of welfare. ‘A no vote’ will not simply mean the return to business as usual at Holyrood

3. With more powers on the way to Scotland it is plausible that this will also lead to increased calls from other parts of the UK for more autonomy. Welsh First Minister, Carwyn Jones, has already spoken in recent days of the need for any new powers given to Scotland also to be offered to Wales. In Belfast too there is a growing consensus that control over corporation tax could help boost investment in Northern Ireland

4. Less power for Scottish MPs at Westminster. With the referendum out the way, the time could be right to revisit the so called ‘West Lothian Question’ anomaly that allows Scottish MPs to vote on purely English matters in Westminster with the luxury not extended the other way for English MPs. With over two thirds of the 60 Westminster seats in Scotland currently held by Labour, this could cause significant issues for a future Labour government trying to steer through reforms after 2015

5. A far bigger headache for Labour leader, Ed Miliband, is that the campaign has highlighted that the Labour Party is currently a declining force under his leadership in Scotland. Polling has shown that the increased ‘yes vote’ has predominantly come at the expense of former Labour voters. Worryingly, in a test run for the General Election, Ed Miliband is also personally no more popular than David Cameron in Scotland with leadership opinion ratings of -42, according to YouGov. Expect the Labour Party to start some serious soul searching on the back of what is set to be accepted as a badly managed Better Together campaign in Scotland in terms of leadership

6. Finally with the possibility of a referendum on EU membership in 2017, it has become apparent just how difficult it will be to campaign to remain part of the EU, judging by the challenges faced by Better Together. Anti-EU parties will benefit from more positive campaigning as opposed to what will be seen as negative scaremongering by those campaigning to stay part of the EU. Arguing to essentially keep the status quo has been proven to be a trying process when it comes to connecting emotionally with voters

The consequences of a yes vote are of course far more wide ranging and hopefully I won’t need to embarrassingly re-edit the above come next Friday morning. Either way the stage is set for history to be written in a national discussion that has galvanised people in a way quite like nothing else. With turnout predictions estimated at 80%, from first time 16-year old voters to pensioners, the vote is set to comfortably eclipse the figure of 64% achieved at the last General Election in Scotland.

Whatever the final decision of the Scottish people is, change is afoot.