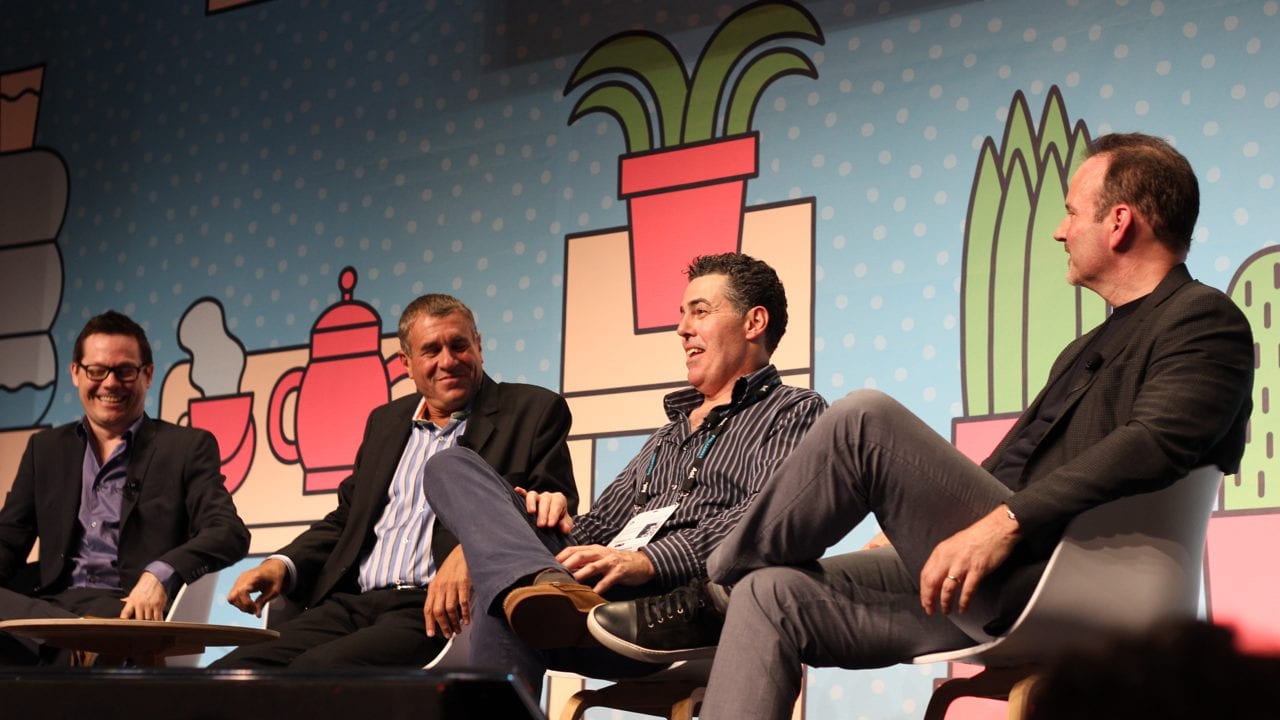 When brands and artists hammer out plans to create content together, it usually happens behind closed doors. That notion was shattered at Cannes Lions yesterday, where I had the pleasure of moderating, “The Art of the Deal: Let’s Make a Movie.” The Ketchum-sponsored session (our second, following last year’s music-based panel) brought together Hershey’s CMO Peter Horst (*client) and TV personality, podcaster and movie director Adam Carolla for a lively discussion about how they could collaborate on a branded film project. As moderator, I played the role that PR usually plays: acting as a facilitator who can engage both sides in conversation and help them reach consensus.

The Brief:
Representing the Hershey brand, Peter set the stage by describing his company’s creative challenge: to craft compelling content that could expand the edgy, humorous “Break Through” brand of Ice Breakers gum among millennial audiences who have a greater fear of regret than failure.

The Idea:
It was an assignment tailor-made for Adam, and his Gearhead Films producing partner Nate Adams. The duo came equipped with amazing ideas—specifically, a bio doc about Willy T. Ribbs, the first African-American to break through the color barrier in professional auto racing, and a profile of several millennials who break through the stereotypes of self-centered entitlement by creating technologies that will improve the world for future generations. While Peter was open to either subject, it was clear that the content itself wasn’t the only question at hand. We needed to determine how this piece of branded entertainment could best find its audience and accomplish the brand’s goals without risking audience alienation. What Adam and Nate brought to the table as a potential partner to The Hershey Company was formidable. Not only was he an incredibly mediable, PR-friendly personality in his own right, but his connections within the industry, a million-listener podcast and access to platforms like Jimmy Kimmel Live! left both sides feeling that big results could be delivered.

Along the way, there were a host of insights about what makes branded content work. First of all, as Adam pointed out, the creatives need to be invested, “The more passionate they are about the project, the better it will turn out.” Also, creating assets that can come to life across multiple channels is essential—even though a feature film was the focus of the conversation, figuring out strategies to engage with the content online is crucial. Finally, everyone agreed that branded content is not a commercial—it’s about turning ideas into a great story. Creating a strong film with minimal branding will lead to more eyeballs than a poor film that’s more aggressively branded (click to tweet). From an agency perspective, another unique element of the event was the ability to make the pitch directly to the brand’s CMO and get his candid feedback in real time. For a piece of content this ambitious, access to the top decision-maker is crucial. We also took advantage of the live nature of the session by garnering the opinion of another important party: the audience. When asked to vote with a show of hands for which of the two ideas they’d prefer, the audience overwhelmingly supported the millennial innovators idea, giving the panel some valuable insight into which idea might resonate with audiences beyond Cannes.

So here’s the old-fashioned movie cliffhanger: Will the project actually get made? Time will tell, but we’re optimistic. This was only the first of the many conversations that would be required to bring the vision to reality, but the seeds have been planted, which is how all great things begin.

Marcus is EVP of entertainment, Ketchum Sports & Entertainment; head of Ketchum Sounds. He has spend the last nine years in the Omnicom system creating next geneation entertainment marketing solutions for our roster of clients.