He’s Back! What Marketers Can Learn from Tiger Woods 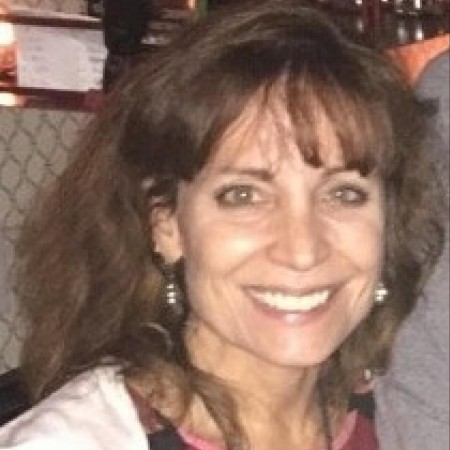 We all seek greatness, whether it’s from the products we use, the people we surround ourselves with, the brands we like or even in ourselves. It’s the story of our times. It’s also the story of great sport. As all eyes turn toward the first of this year’s golf majors, The Masters, suddenly there is even more anticipation and expectation. Why? Because Tiger Woods is back, once again commanding headlines, fascination and even the odds. Without a PGA TOUR win since 2013, Woods’ play during his comeback this year has made him the odds-makers’ favorite at 8-1 for a victory in Augusta.

So, why do people care so much about Tiger Woods? It’s simple, we still care because we miss the greatness. Woods erupted onto the scene with one of the most meteoric rises ever, and then fell apart in an equally stunning and most public collapse. He drew mores eyes to him, and to the world of golf, than any other golfer ever. He was compelling, a unique combination of skill and aloofness, yet with a magnetism that appealed to every  American. TV ratings, crowds and prize money all increased significantly. People had to watch. And just as equally, people had to watch his fall from grace.

Even Woods’ fellow competitors care about his comeback. Before Dustin, Bubba, Rickie, Jordan or Rory, there was Tiger. Many of them grew up watching him, dreaming about competing against him. His presence at tournaments brings a buzz like no other. It energizes the players and electrifies the tournaments, helping golf develop its relevancy to the outside world.

So here is my take on what this fascination says about us as individuals and consumers, and what brands can potentially take away from the Tiger Phenomenon:

It’s ok to be human because, let’s face it, we all are.
And the more human we are the more we are loved and respected, even when we make mistakes. In the beginning, Tiger could do no wrong. And then came the drama – more than once – and he became not only like many other celebrities, but many other people. He fell hard, but this made him human – relatable. We all make mistakes, we all fall (maybe not so publicly) and we also all get up. He was no longer untouchable, and many could identify with him on some level. When brands speak in a human voice, revealing that humanity (and even fallibility), they are more relatable and come across as much more authentic. It’s that point of connection that is important, it’s how we make choices, whether about who to be friends with or what brand to buy.

Yet, we are fickle.
We all know negative perceptions can be much more powerful than positive ones. While it can take years to build positive equity and a good foundation, this can vanish immediately by a single event. People – and brands – are fragile, we can be damaged.  It comes down to how we respond.

We have to own up to mistakes.
Transparency, authenticity and frankness are more important than ever. Being silent can be as much of the problem as the underlying issue. We crave truthfulness, honesty, acknowledgement, and some degree of remorse. Without it, people are ready to turn their backs. When something bad hits, thanks to the internet, the news spreads immediately, and it stays forever. But part of a good, juicy story is the second act; an opportunity for redemption. Transparency can help lessen the sting and allow everyone to move on and, although it takes time, maybe even find greatness again.

Gaps are meant to be bridged.
Woods challenged the records, shattered most of them, and set new ones. He bridged the gap between avid golfers, golfers that didn’t watch golf and those that didn’t even have an interest in the sport at all. He made golf something more than an old man’s game. Golf still has its challenges to be, and remain, relevant, but no one can deny the historic impact Woods had on the sport. He set the stage for a new day of millennial golfers and a new era of interest. Even now, we want to witness his greatness or we want to see that greatness fail. There are lot of spaces where we – and brands – can find those gaps to bridge.

His name is polarizing. You either love him or hate him, but we can all learn from his story. As the Masters approaches, Woods is back and he still moves the needle, the world cares about his results, fueled by the fact that he is playing stellar golf and the hope that maybe he can win again after being out so long, with so many injuries, and with so much drama. The hype is insane, but then, who doesn’t love a good comeback story?

Tamara Jacobs is an SVP with Ketchum Sports & Entertainment. A global client director, she provides strategic leadership in public relations, sports marketing, sponsorships and brand building with a view to reaching key audiences by maximizing sponsorships and communications. Tamara is an Olympic and golf expert that has led award-winning client programs to help brands achieve and exceed their goals, in particular within the Olympic Games space.