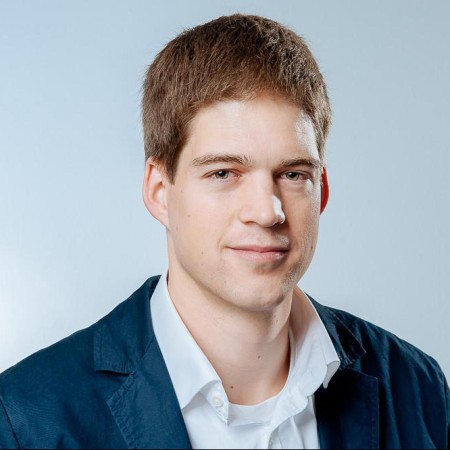 The Power of a post.
Have you ever gone to bed just after sending out a Tweet or Instagram post that garnered some attention? Perhaps. But have you ever woken up to find more alerts on your screen than you can count? If your answer is yes, than you know the rush and curiosity that flows through your brain while trying to figure out, “What is going on right now?” I was pretty amazed to eventually find out that I was @mentioned in a tweet by Colin Kaepernick. Yes, THE Colin Kaepernick – quarterback of my favorite football team, the San Francisco 49ers!

If you’re wondering how that came to be, here’s the story: Last summer I applied for a Global Ketchum Scholarship, an awesome internal program that sends employees from across the globe to different offices in the spirit of knowledge sharing, creative exploration and best practice development. Soon after being selected as a scholar, I found myself traveling halfway around the world from my office in Berlin, Germany to sunny San Francisco.

A few days before the trip I took a picture of my Kaepernick jersey and posted it on Instagram and Twitter. Things started off slowly with a few replies from colleagues and 49er-fans. Then, right before I went to bed, the official Ketchum Twitter account replied to my tweet. The vibrations from my phone woke me up the next morning. 150 interactions? Why? I jumped straight to twitter and found out that a couple of hours after I had gone to bed Colin Kaepernick had seen my post and decided to give it a retweet. If that wasn’t enough, the fabulous Sue McAllister (a tour guide for Levi’s Stadium) saw the tweet and asked if I would like a stadium tour. Obviously, I said yes.

Chicken and waffles.
I had an amazing experience as a Global Scholar in San Francisco. As a Digital Strategist, it was enlightening to find that while some social networks like Vine and Snapchat are more heavily used in the U.S., the strategic approach to digital and social media is not that much different than ours in Germany. The biggest distinction was probably the speed with which new ideas are generated. It seems that U.S. companies are more progressive in their willingness to experiment with new technologies (click to tweet).

Needless to say, my hosts at Ketchum San Francisco and Access PR where absolutely amazing. The insights into their work were only matched by their tip on where to find the best Chicken & Waffles in town.

On the second last day of my scholarship I was called into a conference room where I was told that tomorrow morning (my last day) we would be joined by a few other colleagues to visit the 49ers new stadium. I was stunned! Next thing I know, we were inside Levi’s Stadium led by Sue, the same Sue that approached us on Twitter. What an amazing surprise! Walking through an empty stadium, getting access to the press section and having an exclusive look into the locker room was a real treat. What a storybook ending to an already enlightening Scholarship!

Social Media at its best.
Being a senior digital strategist, it was remarkable to once again witness the power of social media and to be in the middle of it all! One little tweet – such an astonishing result! Thank you Ketchum, and go 9’ers!

Lucas Mohr is a Social Media Strategist leading the Digital Department of Ketchums Berlin Office. He enjoys good food, music and company and can be found on Twitter: @Lucas_Mohr.