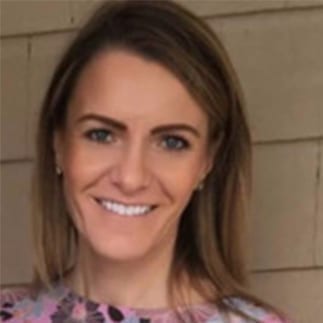 Though the pandemic kept us from gathering in person, the 2021 Esports Rising Conference remained the same in the most important ways. Hosted by Sports Business Journal and The Esports Observer, it was an afternoon well spent with some of the brightest in the esports and gaming industry – networking, keeping up with trends, and learning new things. Following the explosion of the gaming trend in 2020, this virtual program provided an open conversation and a deep dive into the global esports industry with speakers and attendees ranging from team owners, gamers, teams and leagues, content creators, developers, publishers and so much more. Here are some of the implications for brands in 2021 and beyond:

A Glimpse at Incredible Growth

According to a recent report by Newzoo, the total global esports audience is nearing half a billion (474 million) in 2021. Expected growth by 2024 will total over 577 million. And revenue is on track to break the billion-dollar mark in 2021 with a nearly 15% increase from 2020. Esports deals were previously almost entirely characterized by one-year deals, but the industry has seen significant increases in multi-year sponsorship deals and returning sponsors finding value to invest in longer-term opportunities. Among the companies leaning into esports partnerships? Furniture manufacturers. With remote work and people spending significant time at their home desks, there has been a surge in these types of deals over the past 12 months — 32 sponsorships deals closed versus 15 in the year prior.

In addition, mobile esports is the hottest phenomenon and is poised to become a cornerstone of the industry with developers, teams, tournaments and publishers (to name a few) leaning in. There has been a huge spike in the past year alone, with more gamers playing on mobile than PC or console. Emerging markets at the forefront of this growth include Southeast Asia, India and Brazil.

An Entertainment Channel You Can’t Ignore

When you think about traditional entertainment, things as sporting events and concerts may come to mind. But when you ask Gen Z-ers how they define entertainment, it’s gaming, which they can consume and enjoy 365 days a year.

Video games provide a different kind of entertainment — they are interactive, offer rewarding challenges, and increasingly are social. A recent study found a strong majority of Gen Z, millennials and Gen X agree that during the COVID-19 pandemic, video games have helped them stay connected to other people and get through difficult times. As a result, gaming has been amplified during the pandemic. It’s social, it’s daily, it’s engaging, and it provides a personal experience. In addition, the gaming community can connect with its favorite teams, players, and streamers more frequently than with their favorite celebrity or movie star. As gaming continues to grow strongly (raking in more than $150 billion in 2020 and predicted to surpass $200 billion by 2023), it will only continue to shape the future of entertainment.

Authenticity is often mentioned when looking at brand partnerships, and it is especially critical for the gaming community. Fans and followers will critique things they perceive as inauthentic, so for brands that use gaming as part of your marketing strategy, make sure campaigns align with the gamers you want to partner with, and with their audience as well. Finding a way to collaborate versus simply advertising will be key to success. When it comes to working with a streamer, team or influencer, let them weigh in. Provide guardrails but allow them to put their own personality into the messaging, which will be more organic and resonate well with their community.

It’s worth noting that the conference featured one-on-one sessions with four powerful women who are changing the game for the esports and gaming community. The lack of chatter around this (i.e., no dedicated “women in gaming” panel) shows that women’s place in the gaming world is increasingly being taken as a given, which is an important nod to representing the diversity and inclusion of the industry. These four panelists are key decision makers who represent some of the biggest names in the industry. It was amazing to hear more about their work and see the spotlight shone on them. Among the millions of gamers joining the ranks every year, women have been a huge catalyst for this growth. Brands should continue to raise these profiles and elevate their voices.

Interested in learning more about how your brand can play in this space? Let’s connect! — we’re ready to hear from you!

Kristyn is a managing account supervisor at Ketchum Sports. Since joining the team more than five years ago, Kristyn has worked closely with clients across both the CPG and Tech industries. She has experience leading esports and gaming programs, securing top-tier coverage through media relations and working on influencer partnerships. In addition, Kristyn has been actively involved with Olympic and Paralympic sponsors since Rio 2016. She is based out of Ketchum’s New York office.