Divergent Perspectives from Cannes: The Female and the Male 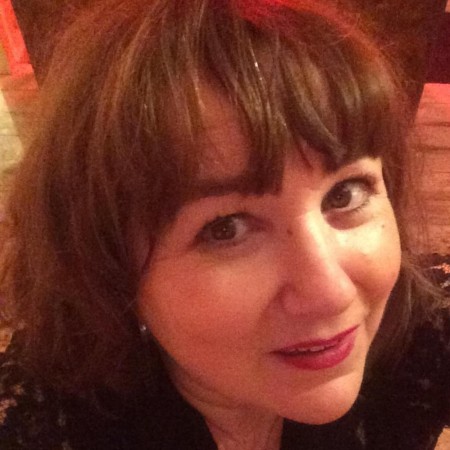 A Cinderella Story
By Ruth Yearley

I recently attended the 3% Conference in London, where, over a powerful video of women making a difference, played Helen Reddy’s anthem, “I Am Woman, Hear Me Roar.”

So I was excited to attend the Cannes Lions in all their roaring glory. I was particularly interested in the newest prize, the Glass Lion, which will be awarded for work that addresses gender equality. The lion symbolizing fearlessness and power…. but the glass? This connoted for me fragility and transparency, and made me think of Cinderella’s slipper. So with that in mind, I was fascinated to view the Festival through a female lens.

In my time here I have been privileged to hear amazing women speakers – strong, attained, insightful, passionate women like Viola Davis, Lauren Laverne, Samantha Morton, Jessica Walsh, Betsy Beers. These women spoke with obvious passion, but I was also struck by how they offered permission.

I heard that to be truly creative, you have to give a part of yourself. You have to be true to who you really are and share your humanity (click to tweet). Be a person, not a personality. Transparency.

I heard that to make change happen, you have to recognize and embrace fear of failure. For anything good to happen, for progress to take place, for creativity to flourish, we have to be brave and face the reality that we may fail. No one likes that feeling. No one likes to fail – not men, not women. Yet those who are brave enough to make a difference are the ones who realize the fear and it does not stop them. They accept that failure may happen. Fragility.

I heard these women speak about still having to be pioneers in territories where men are settlers. About having to work hard in places where they are not the makers of the rules or masters of the culture. Like Cinderella.

These women speakers were fascinating and funny, honest and humble. They open their mouths and roared. They showed us that, like the Cannes Glass Lion, we can be transparent, we can be fragile and we should own our rightful role like Cinderella did when she wore that slipper. And alongside all this humanity, we can be strong. We can make a difference.

We are the future. I am at the Cannes Lions; hear me roar. The Many Faces of Man at Cannes
By Bill Reihl

The Cannes Lions Festival, like the creatives who are drawn here, is complex and sometimes contradictory. With much focus on gender equality for women and girls – including the inauguration of the Glass Lion – I’ve also observed a promising evolution of the portrayal of male consumers. The Renaissance Man is alive and well on the Croisette and in the work we are seeing celebrated each day.

At Cannes, chef and philanthropist Jamie Oliver told a packed house that when he started 17 years ago, “cooking was for girls” – yet today, 67 percent of traffic to his YouTube channel comes from men.  As men have embraced their roles in the home and with their families and focused on their own personal health, tasks like cooking have evolved to become less of a chore and more like physical and spiritual nourishment (click to tweet).

Two shining examples of Renaissance men – Ryan Seacrest and Pharrell Williams – spoke about creativity and what motivates them. The qualities they described – collaboration, intention, partnership and gratitude – are what some might have considered more feminine in years past. The stunning success of both men is proof positive that men who are more emotionally aware and open can be captains of industry without acting like stereotypical, aggressive male tyrants.

But the picture is not all rosé. In some attention-grabbing work from fabricare brand Ariel in India, we learned that, despite the advancement of women in the workplace, a majority of Indian men still perceive the laundry to be “women’s work.” Their “Share the Load” campaign is a call to action for Indian men to share in the household duties.

At Cannes, it’s exciting to see the boundaries of creativity being pushed in a drive for more authenticity. When it comes to “real men,” a more balanced and evolved portrayal is winning the day; and since we are in France, I can also attest that real men do, in fact, eat quiche.