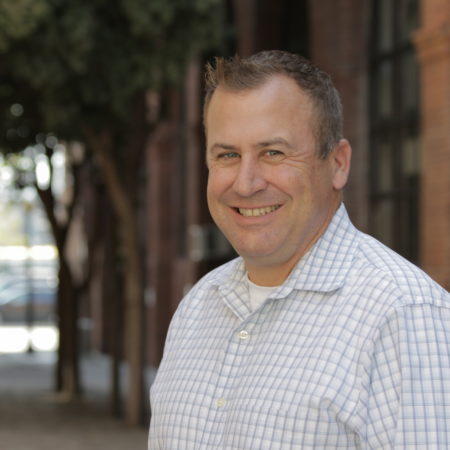 For sports fans, October means playoff baseball. Only 10 of 30 teams earn a chance to compete for the 2019 World Series title, and none got there by accident. Major League Baseball teaches us that taking year-round steps to avoid calamity during the season is a blueprint for all organizations – regardless of industry. Injuries, miscalculations in player productivity and on- and off-the-field mistakes can spell doom for teams – just as failing to recognize threats and vulnerabilities can create irrevocable reputational harm for businesses. While negative events are unavoidable, identifying those most probable flashpoints and planning for them ahead of time can keep an organization on track. Winning clubs, and successful brands, embrace adversity by creating plans to address each contingency. Each playoff team created a culture of preparedness, flexibility and self-assessment to put themselves in position to compete for the championship. Here are a few analogies between America’s pastime and the business world to ensure you have your bases covered…

Look at the Numbers:

There are 30 Major League baseball teams, and 28 didn’t do enough to get to the World Series. It’s not luck that got them there, but preparation and hard work. Simply put, the best equipped teams are those that address vulnerabilities, prepare for unplanned events, constantly evaluate their environment, and practice the plans they implement. As the Roman philosopher Seneca once said, “Luck is what happens when preparation meets opportunity.” And as legendary Yankee catcher Yogi Berra once said, “You’ve got to be very careful if you don’t know where you are going, because you might not get there.” Both still true today – in business and in baseball.

Blake is a senior vice president based in San Francisco, and serves as the Issues & Crisis group’s lead on the west coast. During his 25-year career, he has managed high profile, sensitive issues that required rapid response expertise while supporting organizations in agriculture, aviation, financial services, government, professional and collegiate sports, retail, hospitality, technology, and wellness. Since managing the Barry Bonds steroids scandal for the San Francisco Giants, he has guided many clients through crises, including Williams-Sonoma, Pottery Barn Kids, Airbus Americas, Young Living Essential Oils, Rodan + Fields, the California Milk Advisory Board, Liberty Mutual Insurance, the San Francisco Travel Association and a major university with a high-profile Title IX issue.

Immediately before joining Ketchum, Doug operated an independent PR consultancy specializing in senior-level strategic communications counsel in several areas, including healthcare, consumer products and product liability litigation.  Prior to that, he had a 15 year career at Wyeth, prior to its acquisition by Pfizer in 2009.  In the initial phase of his tenure at Wyeth, Doug had primary responsibility for development and implementation of all communications programs supporting Rx commercial and pipeline products within the Company’s pharmaceutical division including media relations, issues management and internal communications.  Products supported include pharmaceuticals, biotech drugs and vaccines.  He acted as primary division media spokesperson and led teams handling major issues such as diet drug litigation and negative clinical studies, product recalls/withdrawals, regulatory milestones and government meetings.  In the latter stage of his Wyeth career, Doug moved to corporate headquarters where he was responsible for the financial/business communications function, focusing on development of the company’s global communications strategy to reach top tier business media.  He led development of communications materials pertaining to all required financial disclosures including quarterly earnings announcements, coordination of executive communications and issues management.  He also acted as primary company spokesperson and coordinated all aspects of corporate media relations, issues management, and litigation communications.  His responsibilities spanned all Wyeth divisions – pharmaceuticals, consumer healthcare and animal health, including R&D for each division.

Before joining Wyeth, Doug spent several years as a communications executive at Schering-Plough and Abbott Laboratories.  He also had an extensive career at Hill and Knowlton’s New York office serving as a business practice leader specializing in healthcare and well-known consumer brands such as Wendy’s, Procter & Gamble’s Sure antiperspirant and Coast soap, and the National Hockey League.  He started his professional career as a television news reporter at ABC affiliates in Wisconsin.  He is a graduate of Marquette University with a B.A. in journalism and earned a law degree at the Seton Hall School of Law in New Jersey. Counseling from Inside the Fire

The events of 2020 have affected all of us in different ways, but make no mistake—we’ve all been affected. For those of us working in crisis communications and reputation management, new dynamics are creating unexpected new challenges. I believe we will look back on this year as an inflection point for the communications disciplines related […] Empathy: The Key to Human Connection in a Crisis

Crisis is my job—it’s even right there in my title—but in 2020, it feels like we are all working in crisis, both professionally and in our personal lives. Recently, like so many of us, my friends and family have grappled with an onslaught of hardships: losing loved ones, getting fired, confronting the hard truths of […] Preparing Communicators for a Disrupted or Contested Election Result

Beyond party platforms, candidate rhetoric and long-term policy implications, the U.S. election itself poses potential reputational risks for businesses. A growing consensus is emerging that the result of this year’s election, barring a huge landslide, could be delayed due to an unprecedented number of mail-in ballots and/or the result being contested, leading to a protracted […]