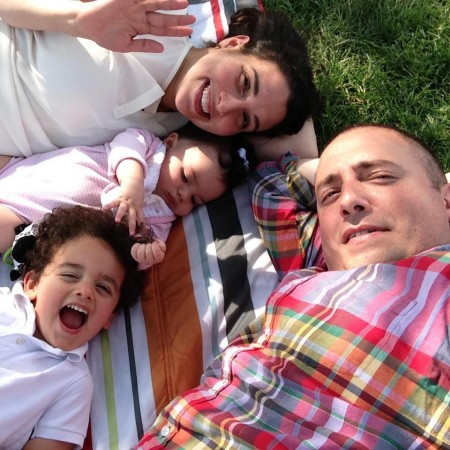 Over the holidays, I tend to think about chess more than any other time of year. The nostalgia of playing (and losing to) my father, or watching my grandfather and uncle joust over steaming cups of Bustello as a child.

This year, I decided to teach my six-year-old how to play… sort of. He recently found me toiling on Magnus Carlsen’s Play Magnus app (recommend), an app where you can play a virtual version of the current world champion (at any age/skill level) in a game of chess. It was an especially proud moment for me personally when I bested Magnus at age eight-and-a-half (I never said I was very good).

Having already introduced my son to the different pieces, and their ability to traverse the board, we set up a real game and I began to explain the fundamentals of chess to him.

I quickly found myself using words like positioning, strategy and creativity. It occurred to me that playing chess, and the philosophies that guide your hand, have a direct correlation to being a better communicator.

After giving it some thought, I came up with the following insights for communicators that can be found squarely at the intersection of chess and communications…

1. See the Whole Board:
Step outside of yourself. Consider unorthodox tactics. Think ahead. And remember skill levels vary wildly between chess players – but those that excel do so based on how many moves in advance they can see. The better you are at anticipating both the consequences of your own actions, as well as your opponents next sequence of moves, the better you’ll be at both.

2. Control the Center:
In chess, d4, d5, e4, and e5 are the most important squares on the board, and, in most cases, those who control the center, control the game. Controlling those squares both opens up your ability to freely move throughout the board and limits your competition’s ability to do the same. Being at the “center” first and controlling the conversation, and anticipating what’s next, is paramount in both disciplines. This positioning also mitigates mistakes.

3. The Queen is King:
The best PR pros understand the angles, when to push and pull, how to maximize the impact of an action. Only the Queen can dominate a board in such a way. A Queen is your best piece of material; your award-wining campaign. Bring her out too early and risk her capture. Prepare, establish your groundwork and unleash her power at the right time – and you can’t be stopped.

4. You Can’t Take Moves Back:
Don’t touch, or take your hand off of, a piece until you’re sure of your move! When I explained this rule to my son, that once you touch a piece it is in play, and once you remove your hand from that same piece the move is final, it was especially hard for him to grasp. “Why can’t I take it back if you didn’t move yet?” he asked. “Because once the move is out there, you’ve set the game in motion… it’s final.” I replied. This is a parallel that should resonate with social marketers especially. In an always-on digital landscape, there has never been more pressure on community managers to continually produce (or create) break through social content that resonates with audiences. But all too often, those moves made are forced, or not as strong as they could be with additional analysis. Always double check your grammar and links, let analytics guide your approach, and only take your finger off of the piece, err, mouse, when you’re confident in the effort.

5. Opening Strong:
Let’s end at the beginning: the opening is everything. There are more distinct 40-move games in chess than there are electrons in the observable universe. Yet there are only 20 potential opening moves in any given game. Seven seconds. That’s how long it takes for the average human to formulate a first impression. That next product unveil, financial services offering to market or launch event is the opening move of a chess game. How will you play it? Fast and loose with the goal of making a big splash, or balanced and thoughtful to mitigate risk? There is no wrong answer, but there are always winners and losers… sort of. I always let my son win.